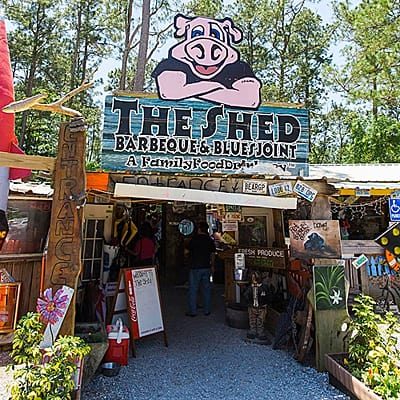 Operation BBQ Relief is lifting spirits of those affected by Hurricane Harvey with delicious BBQ cooked by The Shed.

Coast volunteers are teaming up with The Shed to send their food and love to those devastated by Hurricane Harvey. The owner of The Shed, Brad Orrison, is a volunteer with Operation BBQ Relief. He’s been cooking up some pork and brisket to send to those affected by the storm.

Operation BBQ Relief is a national organizaiton composed of over 5,000 volunteers who either own a BBQ joint, work in BBQ, or even just love BBQ. These volunteers are all about cooking flavorful food in bulk to help those in need. The organization was started in May of 2011 in response to a need for relief efforts in tornado-stricken Joplin, Missouri.

“We’ll cook bulk meals to feed entire churches, first responders, and even The Red Cross”, he said. “We’re expecting to collectively cook between 300,000-400,000 meals for the people affected by Hurricane Harvey”, stated Orrison.

The relief fund currently has crews in Katy, Texas and Hammond, Louisiana on the ground ready to help feed.

Orrison plans to offer more than just bbq to the people affected by Harvey. The Shed is now accepting large bulk items for donations to the organization and relief efforts. They will be accepting these items for the next 2 weeks.

When asked how the people of Jackson County can help, Orrison suggested people donate $20 online to the Operation BBQ Relief website or by donating bulk canned items to The Shed. 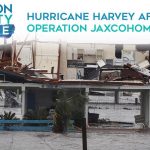 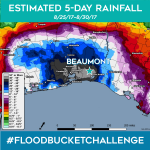