The Milwaukee Brewers announced the Biloxi Shuckers coaching staff for the 2021 season on Thursday, highlighted by the return of manager Mike Guerrero for his fifth season in Biloxi. Joining Guerrero in the MGM Park dugout for the first time is new pitching coach Nick Childs, while Chuckie Caufield returns to Biloxi for a fourth season.

Guerrero, in the last Minor League season played prior to the COVID-19 pandemic, led the Shuckers to their best record in franchise history for the second straight year in 2019, as they finished 82­-57 and captured the South Division Championship for the second consecutive season. Biloxi won both halves in 2019, as they did in 2018, and boasted nine Midseason All-Stars, three Postseason All-Stars and the league’s Most Outstanding Pitcher for the second straight year under Guerrero’s watch. The son of renowned scout Epy Guerrero, this will be Mike’s 23rd season as a Minor League manager. During his time at the helm in Biloxi, the Shuckers have compiled a 315-258 record.

Caufield rejoins the Shuckers for his fourth season, but first as the team’s hitting coach. The 37-year-old enters his eighth season in the Brewers organization.  He previously spent three seasons as a coach with the Wisconsin Timber Rattlers and one season with the Helena Brewers. Caufield was drafted by the Brewers in 2006 out of the University of Oklahoma and spent six seasons as an outfielder in the Brewers’ system before finishing his playing career with Fort Worth of the independent North American League.

Finally, Jason Morriss comes to Biloxi as the teams’ strength and conditioning specialist for 2021. Morriss is in his first season with the Brewers after working for seven seasons in the Cubs’ organization, including 2018 and 2019 in the Southern League with the Tennessee Smokies. Morriss spent five seasons in Myrtle Beach from 2013-17 and got his start in baseball with the Cincinnati Reds in 2012. 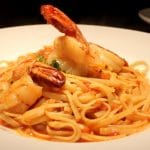 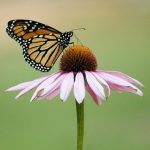