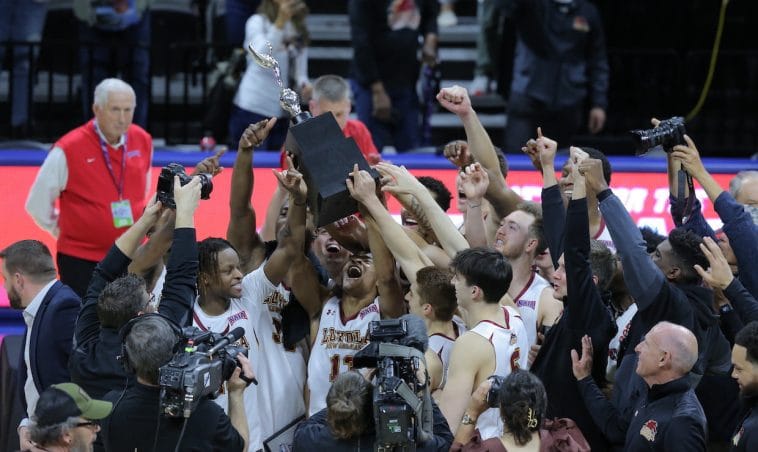 While the ultimate champions in men’s college basketball will be crowned this weekend at the NCAA Final Four in New Orleans, one South Mississippi native has already secured his national championship ring as a member of a team in The Big Easy.
Luke Ladner, who prepped at St. Stanislaus in Bay St. Louis, is a reserve guard for Loyola University. The Wolf Pack wrapped up an historic season last week by winning the NAIA title with a 71-56 decision over Talladega (Ala) College in Kansas City.
“Winning a national title is something that I’ve always dreamed of,” Ladner said. “It’s such a blessing to be a part of a great team like we had and this season will be something I’ll remember for life!”
Ladner, a 6-foot-3 junior, saw action off the bench for Loyola in 12 games this season. The win in the title tilt was the 17th consecutive victory for the Wolf Pack who finished the year with a school-record 37-1 overall mark.
“As a kid Growing up on the Mississippi Gulf Coast the area was a basketball hotbed,” Ladner added. “I was able to watch so many great players and coaches and watch those guys go on to the next level and that quickly became my dream too. South Mississippi breeds some of the toughest and hard-nosed people and that’s the attitude I try to bring each day. This year at Loyola we had to deal with so much adversity and hardship and we were able to win because we had the toughest guys.”
Ladner is the only Mississippian listed on the roster of the private Jesuit university. He earned First Team All Region 8-4A honors as both a junior and a senior in high school at SSC.
Since arriving in The Big Easy, he has steadily increased his playing time every season as a member of the Wolf Pack squad.
Ladner, the son of Jay and Aimee Ladner, already knew about winning championships before he got to the collegiate level. His father, currently the men’s basketball head coach at The University of Southern Mississippi, won the Junior College National Championship as the head coach at Jones County College in Ellisville, Miss., in 2014.
The elder Ladner also was a member of the 1987 USM squad that won The National Invitational Tournament at the world-famous Madison Square Garden in New York City, and he won a state championship as the head coach at St. Stanislaus in 2011.
Luke Ladner’s grandfather, J. Larry Ladner, was a legendary prep basketball coach in South Mississippi as well. So it’s certainly a family tradition of sorts in the Ladner household.
Ladner gets the job done off the court as well, being named the team’s Scholar Athlete Award Winner at one point during the season. 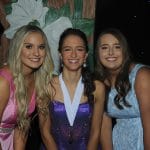 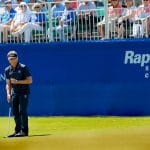