Skywatchers will witness a most spectacular celestial event in the early morning sky from June 24 to June 27 in the form of a planet parade.

What is neat about this parade is that it will include every planet in our solar system! And, you won’t need any special equipment to view this predawn procession.

That’s right! Mercury, Venus, Mars, Jupiter, and Saturn will appear to be aligned across the sky and visible to the naked eye. Each planet is bright enough to be seen even amidst city lights, with Venus being the most brilliant and Mercury the faintest.

Even Neptune and Uranus will be in the show; however, they are too dim to be seen without a telescope. And while you’ll be able to see Saturn easily, you’ll need a telescope to see its rings.

But five out of the eight isn’t bad.

The lineup starts with Saturn, which will appear around the middle of the night and then continue into the predawn hours with Jupiter and Mars. Venus makes its appearance at the dawn break, followed by Mercury about 30 or 40 minutes before sunrise.

Also making an appearance in this parade will be the crescent moon visible amongst the planets, serving as a sort of guidepost.

So what exactly is a planet parade?

Simply put, it’s an astronomical event when the planets appear to be arranged across the sky in the same order as their distance from the sun, as observed from Earth.

There are four types of planetary parades, which depend on the number of participating planets:

Planetary alignment is not uncommon. Three planets simultaneously align on one side of the sun twice a year, four planets once a year, five or six planets once every 18-20 years, and all eight planets once in about 170 years.

On July 4, 2020, a rare and unique planet parade took place when all the planets of the Solar System – Mercury, Venus, Earth, Mars, Jupiter, Saturn, Uranus, Neptune, plus the dwarf planet Pluto – lined up on one side of the sun at the same time. The last time this same event took place was in 1982. The next one of this kind will be in 2161.

Another large planet parade, like the one happening this month, will occur on September 8, 2040. The naked eye will again visible five planets – Mercury, Venus, Mars, Jupiter, and Saturn. And just like this month, the crescent moon will also be visibly positioned among the planets.

This planet parade started forming at the beginning of June and will reach its “peak” between June 24 and 27.

The parade kicked into gear on June 18, when the crescent moon appeared near Saturn, and on June 20, when the moon was paired with Neptune. On June 21, the moon joined Jupiter, and on June 22, it was with Mars.

On June 24, the waning crescent moon will be with Uranus, appearing exactly halfway between Venus and Mars. On June 26, the moon will be paired with Venus. Finally, on June 27, the moon rounds out its trek with Mercury.

Even though the moon isn’t a planet, it is a satellite of Earth, and for purposes of this planet parade, it acts as a guide to indicate where certain planets are.

The best time to view the parade

The best time to view this parade is about an hour before dawn. From June 24 to June 27, sunrise is about 5:53 AM. You’ll need an unobscured view of the eastern and southern horizons to have a clear view of the moon and planets. The best views will be from an elevated area above tall buildings or trees or from a shoreline where you can look out over open water to a flat sea horizon. The planets will extend from east to south across the sky as you look east.

Mercury will be easily spotted, making the five-planet parade more accessible. You’ll have almost an hour to enjoy this spectacular view, starting when Mercury pops above the horizon and lasts till the sun rises.

If you don’t have access to a telescope, there are a couple of apps like Star Walk 2 or Sky Tonight, which can help you quickly locate and identify the planets. To use the apps, point your device at the sky, and the apps will show you what object you’re looking at. At this time, both apps offer a free service, but they also have a premium service that, for a fee, will give you better information.

While nearly everyone will have the opportunity to view this spectacular event, as always, it is dependent upon good weather and clear skies. And while you don’t need equipment like a telescope or binoculars to see it, using either will give you a much closer and clearer view.

So, if you want to catch this astronomical phenomenon, set your alarm for an early rise. If you miss it, the next opportunity will come in 2040. 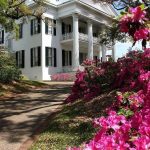 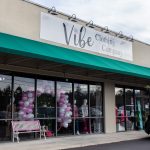