The Biloxi Shuckers, Double-A affiliate of the Milwaukee Brewers, officially announced their game times for the 2021 season.

During the 2021 campaign, all Tuesday through Saturday games at MGM Park will start at 6:35 pm. For Sundays during the months of May and June, home games will begin at 1:05 pm. Once the calendar turns to July, Sunday games will shift to later in the day with a 5:05 pm start time. The lone exception to this rule will be Sunday, September 19 against the Tennessee Smokies, when the Shuckers will close out the season with a 1:05 pm start time.

As part of the structure for the 2021 MiLB season, every Monday will be an off day. Teams will play six-game series, stretching from Tuesday through Sunday. The Shuckers will be members of the Double-A South, playing against the Pensacola Blue Wahoos, Mississippi Braves, Montgomery Biscuits, Birmingham Barons, Rocket City Trash Pandas and Tennessee Smokies. Just for the 2021 schedule, the Shuckers will not play one opponent in the Double-A South, the Chattanooga Lookouts. The full schedule for the Shuckers’ season is available here.

The Shuckers open their 2021 season on May 4 in Birmingham against the Barons. Biloxi’s home opener comes on May 11 at 6:35 pm against the Mississippi Braves at MGM Park. Single game tickets will go on sale at a later date and promotions will be released closer to the season. 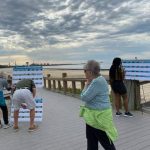 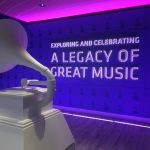