“I have worked hard to be and stay in this industry, so I am very honored and humbled that I was able to receive this award along with three other awesome women in the industry,” said Chapman. “I feel very proud because I know that the work I am doing is making a difference for my organization and in MiLB, so to be noticed and recognized for that makes me very happy!”

Chapman is entering her third year with the Shuckers and fifth season in Minor League Baseball after previously working for the Mobile BayBears. The St. Louis, Missouri, native worked as a ticket sales executive during the 2018 and 2019 seasons in Biloxi before becoming the Shuckers Corporate Partnerships Coordinator this offseason. Chapman has also been responsible for coordinating and organizing numerous community events and programs for the Shuckers during her first two seasons with the team.

“This program is going to do wonders for women working in Minor League Baseball,” said Chapman. “You have an opportunity to pair an established woman in the industry with a new generation of women that are hungry to be in this industry. That is exactly what we need. Personally, this program has forced me out of my comfort zone, and I can see the personal growth that I have taken from the program in just one year.”

The Women in Baseball Leadership Event was established in 2008 at the Baseball Winter Meetings, providing a platform for female executives in Minor League Baseball and Major League Baseball the opportunity to network with their peers, obtain guidance on career development and enhance their professional skills. Since then, the event has grown to include other ancillary events and opportunities such as the scholarship program and a mentorship program. 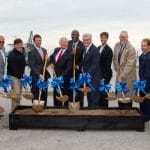 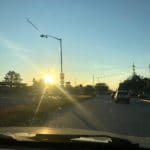