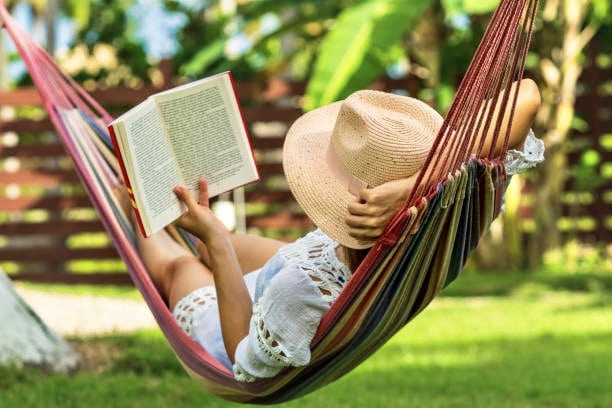 Whether your summer plans involve sinking your toes on a sandy beach or swaying in a hammock, chances are they include a good book.

We gathered some new titles as well as a few favorites from Mississippi authors to give you a book selection that will keep the pages turning and you entertained all summer long.

A MISSISSIPPI SUMMER by Dr. Jason A. Beverly

During a summer work assignment in Mississippi, a Louisiana Terrebonne Parish guy has a near-fatal accident, only to be saved by a beautiful, mysterious woman. As their love-at-first-sight romance blossoms, questions regarding the lady’s suspicious behavior begin to mount.

Beverly is a Hattiesburg native, and has previously published, More Christmas Clues, Christmas Clues, Releasing Magnolias along the Mystical Railway: A Collection of Mississippi Ghost Tales, Mississippi Revival Roads, The Flying Church of Orleans Parish, and Ghosts of Beauvoir.

HANNAH AND ARIELA by Johnnie Bernhard

When Hannah, a seventy-three-year-old widow, finds the semiconscious body of a fourteen-year-old Mexican national in a ditch along a remote central Texas road, she has no idea someone is watching. Not until the girl’s brutal attacker arrives at Hannah’s door in the middle of the night, threatening not just the girl’s but Hannah’s very survival. Ultimately the question of justice for a victim of human trafficking and the woman who helps her lies in the hands of a biracial border patrol officer and an unconventional small-town sheriff.

A portion of the book proceeds will go to the aid of victims of human trafficking.

Bernhard, a former Alderman with the city of Ocean Springs, has three other novels, A Good Girl, How We Came to Be, and Sisters of the Undertow.

Wayne Jacobs and the love of his life, Missy Vance, made the decision to attend a college party and changed both their lives forever. A horrific crash, that killed Missy and, in many ways, destroyed Wayne, a beloved young man from a good Leakesville, Mississippi, family with a bright future.

Wayne paid his debt to society, by spending twenty years behind bars at the state penitentiary in the Mississippi Delta, and just cannot let go of the guilt. Reminders of Missy are everywhere, not the least of which is her still-grieving and angry mother, Margie, an elderly woman in poor health who lives just minutes away and has not spoken to Wayne since the accident.

Then Lacy Chamberlin hits town. It gets back to Wayne that the young journalist from Memphis has a fascination with the thirty-year-old accident and the accompanying fallout. Horrified when even his mother and their pastor agree to discuss what happened, Wayne angrily refuses to respond when Lacy begins leaving messages for him. What Wayne does not know is that Lacy Chamberlin carries a secret, a significant one. Her goal is not just to ask Wayne a few penetrating questions, but to unburden herself in a way that will turn his life upside down all over again.

Pierce has served in the state legislature, on the Mississippi Supreme Court, and has been the director of the Mississippi Judicial College in Oxford since 2016. He has three other books, The Peter Bay, Pain Unforgiven, and Magnolia Mud.

BOJACK: WHEN LOYALTIES COLLIDE by David Ishee and Jack Saltarelli

The City of Brotherly Love is an unforgiving place for a hungry eight-year-old living on the streets. For Jack ‘Bojack’ Salterelli it was the training ground for his future life as a stick-up man, a hardened convict by twenty-one, enforcer, and meth kingpin. After decades, Bojack would turn his life around by going undercover for the F.B.I. However, what he thought was the road to redemption ended as another double cross leaving his fate, once again, with the only person he could trust, himself.

Ishee is an associate justice of the Supreme Court of Mississippi. He previously served on the Mississippi Court of Appeals and as a Municipal Court Judge for the City of Pascagoula.

This Is Life: 10 Writers on Love, Fear, and Hope in the Age of Disasters, Jackson native Kiese Laymon contributed to this collection of essays meant to encourage those who have been struggling through the past couple of tumultuous years.

A global pandemic, an economic crisis, racial and political strife brought to the boiling point, the climate not far behind. As we nervously embark on yet another uncertain trip around the sun, we wonder: How’s everyone doing?

Ten of America’s finest writers tell us in This Is Life. Drawing on their wisdom and lived experience, they share bold, occasionally comic, occasionally biting insights on the past two years and offer possible ways forward, both for the country and for us as individuals. They articulate the anxiety of these inarguably lousy times, yet also remind us that there remain plenty of reasons to be hopeful despite it all.

Laymon’s books include, Long Division, Heavy, and How to Slowly Kill Yourself and Others in America.

Be sure to grab one of these reads so your summer can officially begin, and make plans now to place THE BOYS FROM BILOXI by John Grisham on your fall reading list.

For most of the last hundred years, Biloxi was known for its beaches, resorts, and seafood industry. But it had a darker side. It was also notorious for corruption and vice, everything from gambling, prostitution, bootleg liquor, and drugs to contract killings. The vice was controlled by small cabal of mobsters, many of them rumored to be members of the Dixie Mafia.

Keith Rudy and Hugh Malco grew up in Biloxi in the sixties and were childhood friends, as well as Little League all-stars. But as teenagers, their lives took them in different directions. Keith’s father became a legendary prosecutor, determined to “clean up the Coast.” Hugh’s father became the “Boss” of Biloxi’s underground. Keith went to law school and followed in his father’s footsteps. Hugh preferred the nightlife and worked in his father’s clubs. The two families were headed for a showdown, one that would happen in a courtroom.

Rich with history and with a large cast of unforgettable characters, The Boys from Biloxi is a sweeping saga of two sons of immigrant families who grow up as friends, but ultimately find themselves on opposite sides of the law. Life itself hangs in the balance.

The Boys From Biloxi will go on sale in October. 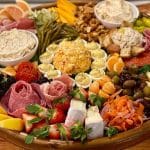 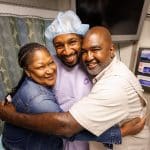