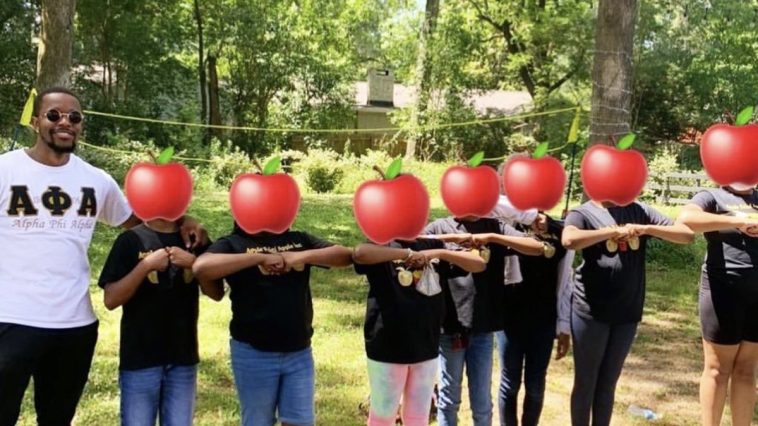 Middle school teachers are used to students being curious and asking silly questions. However, not all fun, off-topic conversations in class go viral, form a nonprofit, and land the teacher on national news. But that is precisely what happened to Darian “Dee” Holt, a 6th-grade science teacher at Smilow Prep Charter School in Jackson. Holt is a member of Alpha Phi Alpha Fraternity, Incorporated, and enjoys carrying a briefcase and wearing apparel that displays his Greek letters.

One day in class, students asked him what the Greek letters meant.

“I said Alpha Phi Alpha,” Holt laughed. “And I don’t know if it’s the southern accent or what, but they said, ‘Apple fried apple?’ and I said ‘No, no!'”

His students got tickled and wouldn’t let it go.

Holt recognized the opportunity to have fun with his students and educate them on the traditions of Historically Black Colleges and Universities (HBCU) and the friendship that can come with getting involved in Greek life. Part of the sorority and fraternity experience is creating line names, which allow members to build bonds with fellow members who join the organization in the same semester. Line brothers or sisters will stick together through their college experience and beyond. Holts students joined in on the tradition and made up line names, including Apple Sauce, Apple Jacks, and Candy Apple, to name a few. 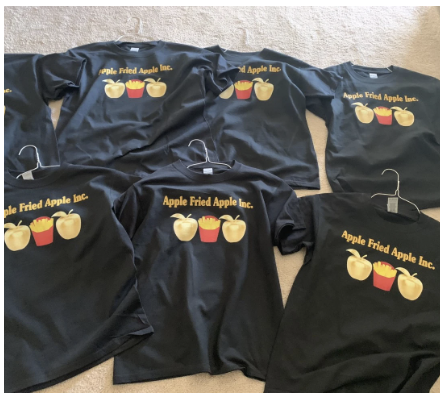 Holt continued to connect with his students and their interest in Apple Fried Apple and had shirts made for Smilow’s field day. With proper permission and students’ faces covered with apples, Holt uploaded a video of their probate show on TikTok. Over a million people viewed, shared, and fell in love with Apple Fried Apple!

Everyone, including celebrities and brands, took notice of the video. Several companies reached out with gifts for The 7 Appleseeds of Apple Fried Apple: Mott’s, Snapple, Martinelli’s, and Popeyes, who sent some apple pies. Holt holds on to the hope that Apple will reach out with MacBooks. “I want this to benefit the kids as much as possible,” said Holt.

The most notable celebrity to connect with Holt’s class is comedian, actor, and talk show host Nick Cannon, who flew Holt to New York to share the story.

What started as a silly classroom conversation is now a nonprofit youth organization where Holt teaches minority students about service, camaraderie, academic excellence, and the opportunity for scholarships, which is engrained in HBCUs and D9 Greek letter organizations.

“Like, I want them to get into the mindset of going to college and seeing what they can achieve and do in the community. They can reach for the stars and do anything they wanna do. They change the world,” Holt smiled. 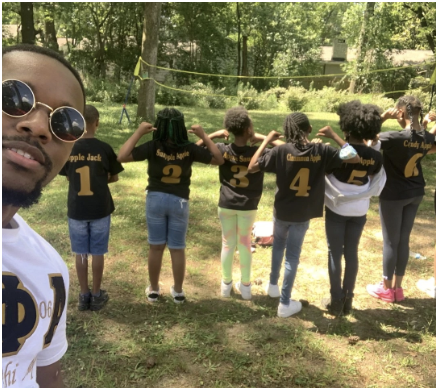 Holt continues to find ways to grow Apple Fried Apple and hopes to partner with the brotherhood of Alpha Phi Alpha Fraternity, Incorporated. 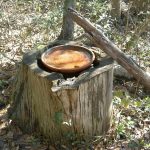 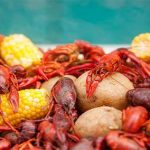