Laughter is the best medicine. It is the only medication any of us wants to be taking right now. Who is looking for a funny comedy series to watch, here is a short list of sassy, irreverent, comedies on Netflix. These will make you smile. Use your own judgment when sitting down to watch, these shows can be raunchy. (Subscription needed, links provided.)

Workin’ Moms, anyone who watched It’s Always Sunny in Philadelphia should recognize the star, Catherine Reitman. A very well written cynical look at Motherhood, this show can get raunchy, and there is some nudity, so be warned.

Dead to Me, Christina Applegate, Married With Children, is wonderful as always. She stars in this offbeat comedy about surviving the death of a spouse. You will wish there were more episodes.

Hot Date, a totally raunchy comedy about the selfish social behavior of a young couple. This show is out for dark laughs, and it hits the mark. You may have seen it, but watch this show again. Funny, funny, funny.

Real Rob, Rob Schneider stars in a sitcom about his real life. Patricia Schneider, his real wife, steals the show along with his dimwitted assistant. The second season had a bigger budget, and the crazy special effects are a treat. Watch for the wild dolphin.

Schitt’s Creek, Eugene Levy, American Pie, and his son, Daniel Levy, write and star in this zany sitcom about a family that goes broke. With wonderful performances by the entire cast, Catherine O’Hara stands out. The first season is a must watch.

Here are five more sassy shows for your streaming pleasure. This second five programs have been around longer. If you have passed over these for years, this might be the time to give these comedies a look. And please, remember to be careful, laughter is contagious.

Weeds, a Mom, Mary-Louise Parker, sells drugs to support her family. A Showtime original, all eight seasons are a wild humorous ride. Get comfortable, you’ll want to watch them all.

Hater’s Back Off, is as odd as it is hilarious. A comedy about a social misfit who wants fame on Youtube. With a PG rating, share this one with the family.

Nurse Jackie, this might not be the funniest of the list, but it is a great show. Edie Falco, Sopranos, gives a knockout performance in this well written out of sort’s comedy. This is another Showtime original. Nurse Jackie is hooked on pain medication, and you’ll be hooked on this show.

Monty Python Flying Circus, the show of shows, the comedy that swept the world, the original craziness. Rediscover John Cleese, Terry Jones, Michael Palin, Eric Idle in this totally silly look at the world. Binge on Monty Python; Life of Brian,The Holy Grail, The Meaning of Live, Personal Best, Almost the Truth Lawyers Cut, The Very Best of, some German version of the show, and more on Netflix.

Well ,that’s a list of sassy comedies on Netflix. That should keep you busy. If you get through all those, you’ll be laughed out. Hope you enjoy. 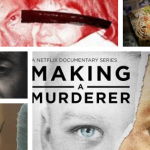 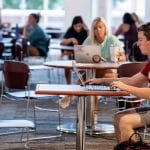