If you want to pick a fight on the Coast, express your opinion on the best po’boy around. From Pirates Cove in Pass Christian, to Bozo’s in Pascagoula, there is no dearth of good po’boy joints, but most people have their preference, and can put up a stiff defense when their favorite is challenged.

I think that the Marathon Station on Pops Ferry Road in Biloxi has the best cheeseburger po’boy around. It’s chargrilled, which makes all the difference in the world, always dressed and pressed, and I always order extra mayo. It’s a po’boy that requires lots of paper towels. Speaking of paper towels, if you get the pot roast beef po’boy at Quave Brothers, in D’Iberville, you just might need a whole roll. It is so delicious, my favorite, loaded with rich, thick gravy and seasoned perfectly. I could easily eat one a week.

For a great shrimp or oyster po’boy you have lots of choices: BB’s and Po’boy Express in Ocean Springs, Desporte’s Seafood, South Port, and the Fillin’ Station in Biloxi are all good, and we can’t leave out Bozo’s and Pirates Cove as well. There are just the most popular places, but there are at least a dozen more to choose from. Picking the best would be a tough call.

So, just what makes for a great po’boy? The bread makes a big difference, and many people think that Gambino’s or Leidenheimer’s, both from NOLA, is the way to go. The Le Bakery in Biloxi has good bread as does Henry’s Café and Bakery in D’Iberville. Some people like it crusty and chewy, others want more of a soft white American style. I vote for crust, in fact, the more crusty, the better.

If it’s a seafood po’boy you are after, two factors are most important: fresh seafood and seafood that isn’t overcooked. Shrimp and oysters, if fried in hot oil, and the fryer is not overcrowded, are done in one minute. As soon as a brown crust forms, they are done. In fact, my favorite fried oysters as still juicy and a bit raw in the middle. I am fond of saying, if the juice doesn’t run down your arm when you bite into a fried oyster, its overcooked.

I also prefer a traditionally dressed po’boy. Pickles, tomato and lettuce are just fine, but I am a mayo fan and always ask for extra. Homemade mayo is the very best, but Hellmann’s, Duke’s or Blue Plate works. For the pickle, my only requirement is that it is crispy and tart. If you want to add a few slices of red onion, I am ok with it, or even pickled jalapeños.

But the best, the absolutely best po’boy ever? In times past, I would have voted for a fried soft shell crab po’boy, or a particularly well made crabmeat and cheese po’boy, but times do change. As of just a few days ago, my vote now goes to the brisket po’boy at the Marathon station on Washington Ave. in Ocean Springs. The brisket is just the best I have had in many years, and I think the idea of making a po’boy out of it is simply brilliant. Good bread, dressed, extra mayo and a couple of thick slices of smoky, amazingly tender brisket is almost beyond description. 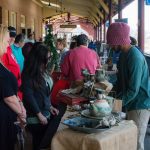 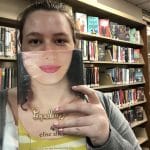