While I was watching Mississippi State pummel Notre Dame last night to earn a spot in the College World Series, I realized that in all of my time following and covering Mississippi sports, I have never taken the time to research who ‘the dude’ in Dudy Noble Field is.

The namesake of what has been called the Carnegie Hall of College Baseball, C.R. “Dudy” Noble, had a career that’s more than worth recounting.

Considered by many as “the fastest man in the south” (I would have paid to see a race between him and Cool Papa Bell), Noble played football, baseball, basketball, and ran track at Mississippi A&M, which eventually became Mississippi State, from 1911-1915.

A star quarterback, Noble led Mississippi A&M to a 65-0 win over Ole Miss in 1915—the largest margin of victory in the history of the longstanding rivalry.

Following graduation, he accepted the head coaching position at Mississippi College in Clinton. In his first game as coach, his Choctaws upset his alma mater 13-6. That season, Noble’s squad compiled a 4-3 record, which was good enough for Ole Miss to offer him the position of head coach there.

Surprisingly enough, Noble packed his bags and moved to Oxford. In two seasons at the helm of the Rebels football program, he registered a 2-7-1 record. This is where Noble probably began to rethink if football was the sport best suited for him as a coach. From 1918-1919, he served as both the head basketball and baseball coach, going 0-3 on the hardwood and 10-4 on the diamond.

In 1919, he returned home to Starkville solely as a baseball coach. Things immediately started to click as he led the Bulldogs to three Southern Intercollegiate Athletic Association (later became the Southeastern Conference) championships in his first five seasons.

Compiling a 221-132-8 record over the course of his first 19 seasons, Noble was named athletic director, allowing him the opportunity to make sure his baseball program got its fair share of the athletic budget.

In 1939, Noble awarded Dave “Boo” Ferriss the first full baseball scholarship in school history, which proved to be a fantastic choice. After a remarkable career at Mississippi State, Ferriss went on to be arguably the best player in Major League Baseball until a shoulder injury prematurely ended his career.

Noble stepped down from his position as coach in 1947 to focus on being head of the school’s athletic department. In 1949, the baseball field was officially named Dudy Noble Field. His total record was 267-201-9.

As athletic director, Noble’s hirings included Allyn McKeen, Babe McCarthy, and Jack Cristal. McKeen wound up as the school’s all-time winningest football coach, as well as being the only Bulldog coach to be inducted into the College Football Hall of Fame. McCarthy won three SEC championships and led the men’s basketball team to its first NCAA Tournament in 1963. And Cristil, everybody knows Jack Cristil—the longtime voice of the Bulldogs.

In 1959, Noble retired before passing away in 1963 at the age of 69. What a career it was for the man who once said, “I already know what hell is like. I once coached at Ole Miss.” 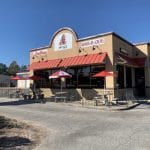 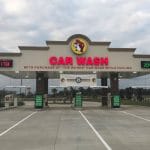