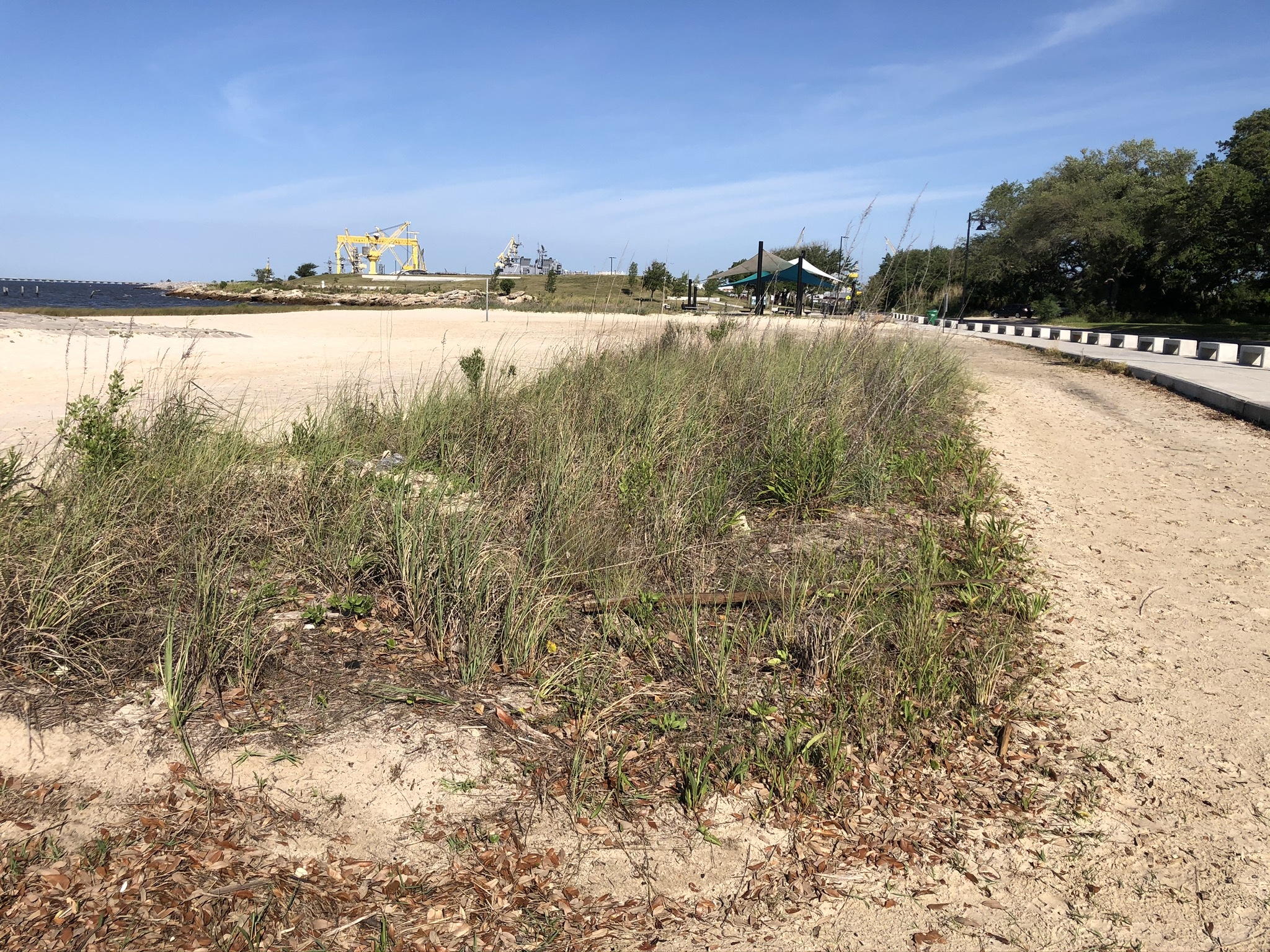 As part of the massive post-Katrina recovery efforts, the City of Pascagoula worked with the U.S. Army Corps of Engineers and the Mississippi Department of Marine Resources to ensure that the Pascagoula Beach would be more than just a seawall. The main goal was to build a system that would be resilient to the relentless actions of winds and waves and provide better protection of property during storms.

While the work completed in 2008 included the pumping of massive amounts of sand to build a 150 foot-wide beach, armor the edge with granite, shore up and repair the concrete seawall, and provide for adequate stormwater drainage from the roadway, the series of vegetated dunes were a key element of the plan – one that remains a visible feature, with an important role.

These low-profile dunes serve more than one purpose. In addition to holding large areas of sand in place, these vegetated strips serve to trap wind-blown sands that would otherwise blow onto the beach road. Unlike the larger dunes found on our barrier islands, mainland dunes are much lower in profile. As Dr. Kelly Lucas of the University of Southern Mississippi notes, the normal processes of dune formation found on barrier islands are not part of the mainland shorelines, and because they are part of the mainland, support a wider range of salt-tolerant plants that thrive in sandy conditions. 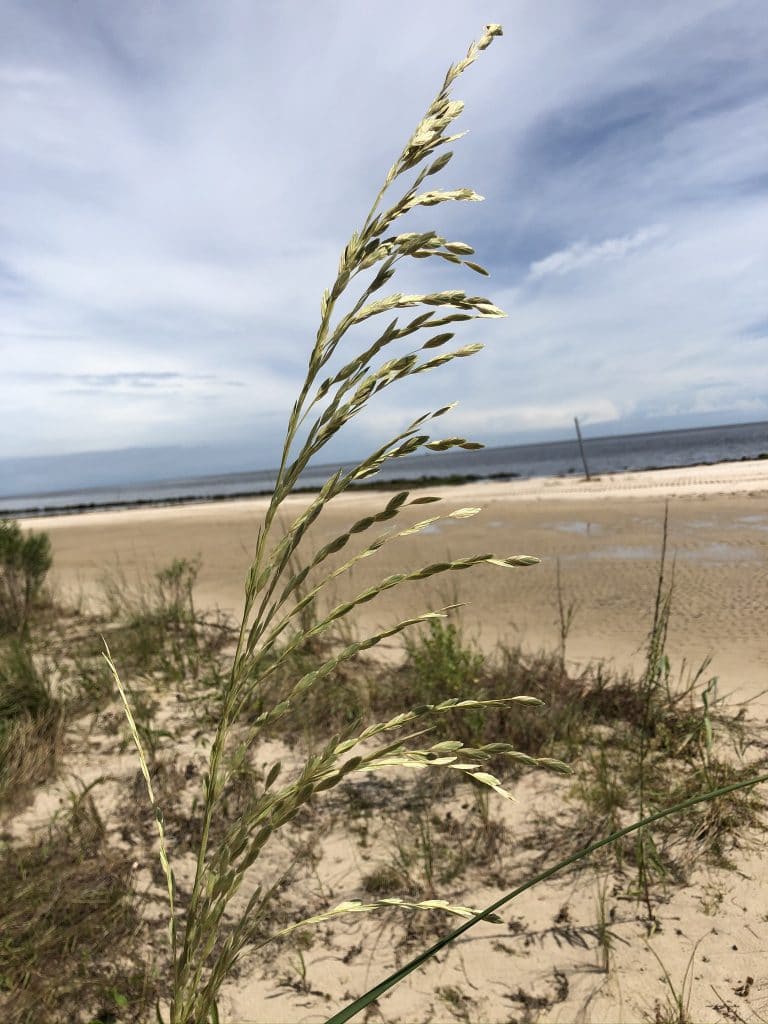 As a result, these areas take on a less manicured look but are nonetheless some of the most interesting habitats on the coast. As with similar efforts along the coast, this project focused on promoting the growth of Sea Oats with their iconic profile of large seed heads that enhance the scenic view of beaches. But unlike the dunes found on barrier islands, Sea Oats are not the dominant species on mainland dunes.

And that is OK because the many other species of plants found in these dunes help secure sand all the same and represent an important coastal habitat that we can easily visit and enjoy throughout the year. A closer look at this “untidy” assemblage can lead to discovering the beauty of colors and textures that change with the seasons.

The golden-brown of Broom Sedge, the wispy white flowers of Groundsel Bush, and the golden yellow of Goldenrods add color and contrast in fall. Groundsel bushes are also a magnet for migrating Monarch Butterflies and many other pollinators. Spring and summer bring on the growth of the twining vines and flowers of beach Morning Glory and Cowpea and the small delicate flowers of Sensitive Plant, whose leaves fold up when touched. 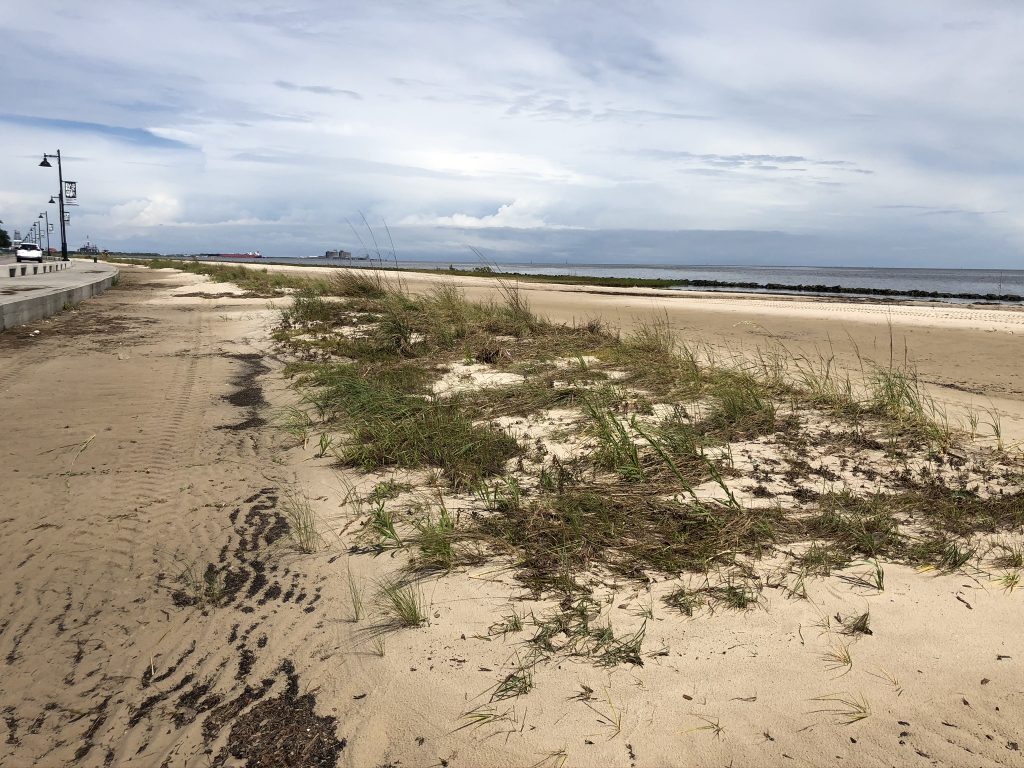 So, although these patches of vegetation scattered along the Pascagoula Beach may at first look messy and unsightly, a closer look reveals a different story. The story that we must all remember is why they were put there in the first place – to keep the beach in place and protect the shoreline. They did their jobs in the face of tropical storm Cristobal!

Take a closer look and remember why they are there. 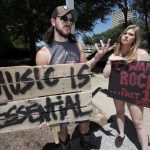 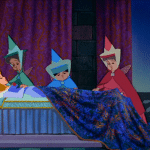