The Hubbard era is almost over at Ocean Springs High School.

Mark Hubbard is retiring as the OSHS Athletics Director after more than 15 years on the job. He announced his retirement several months ago and Friday was officially his last day on the job.

A former Greyhound standout on the basketball court, Hubbard also was the OSHS head boys’ basketball coach for six seasons before stepping down after the 2005-2006 season and then stepping into the AD role less than a year later.

“I feel good about what we accomplished in my time as the A.D. here, I can leave feeling like I’ve been fortunate to fulfill many of the goals I had for the athletic program at Ocean Springs High School when I first took the job,” Hubbard said, in a telephone interview Saturday afternoon. “Leaving is a bit bittersweet because Ocean Springs has been and will always be my home. But I couldn’t think of a better time to step away with the level of success we have reached in many of our athletic programs.”

During Hubbard’s reign, OSHS saw a myriad of major improvements within its athletic department, including a  multi-million dollar renovation of the football stadium itself including new turf and new locker rooms, adding a new sports complex at the site of the new high school including a softball field and several gyms, the formation of the Ocean Springs High Sports Hall of Fame as well as the development of OSHS radio and live video streaming networks.

Also, Hubbard was instrumental in bringing the annual Bernard Blackwell All-Star Football game to Ocean Springs for the first time ever as well as helping facilitate the University of Southern Mississippi conducting spring football scrimmages two consecutive years in 2009 and 2010.

Under Hubbard’s guidance, OSHS won perhaps the biggest overall award an athletic department can have bestowed upon it in the state of Mississippi winning the Jackson Clarion-Ledger “All-Sports Award” in Class 6A for the first and only time in school history. The C-L has been handing out the award for almost 40 years.

During Hubbard’s tenure as OSHS A.D., various teams and athletes won 181 district titles, 28 South State Championships and 31 overall state crowns. He was also named the top A.D. in the state at one point as well.

“I wanted to make every one of our athletic programs better, and I think we’ve done that and more as well with all of the new and improved facilities,” Hubbard concluded. “It’s been a lot of work but a lot of fun and enjoyment as well.”

Hubbard’s father Billy was a longtime educator and administrator in the Ocean Springs School System and served as the OSHS principal for over 20 years. He passed away several years ago.

Hubbard will be relocating to the Jackson area, which seems only fitting since he has a son at Ole Miss, a daughter at Mississippi State, and soon a son at Alabama.

Mark Hubbard watched as his youngest son Bray led the Greyhound football program from his quarterback position to consecutive perfect 10-0 regular seasons the past two years as well as back-to-back Region 4-6A titles. The younger Hubbard is an Alabama commit, and he and the outgoing AD got an on-campus visit from legendary Alabama head football coach Nick Saban this week during the last week for both at OSHS.

Bray Hubbard, who is the only player in Mississippi prep football history to earn back-to-back Class 6A “Mr. Football” Awards, will sign his scholarship with the Alabama Crimson Tide on Wednesday morning during a ceremony at the school. He is expected to be one of a handful of new recruits to join the Alabama team as they practice in preparation for their Sugar Bowl date with Kansas State in The Louisiana Superdome in New Orleans on New Year’s Eve.

A three-year starting signal-caller at OSHS, Bray Hubbard completed almost 65 percent of his passes for 5,288 yards and 55 touchdowns during his career while throwing only 10 interceptions. He also ran for just over 4,000 yards and scored another 52 touchdowns while averaging right at 8 yards per carrying and accounting for almost 9,300 yards of total offense in his career.

As a senior, Hubbard completed 153 of 219 passes for 2,197 yards and 21 scores through the air as well as running 208 times for 1,760 and 20 touchdowns as he accounted for almost 4,000 yards of total offense his senior season and 41 scores. He also had three interceptions from his safety spot on the defensive side of the ball, which is supposed to be his role in Tuscaloosa.

He is expected to enroll in Tuscaloosa in January and participate in Springs Drills for the Crimson Tide and forgo his senior season on the baseball diamond for the Greyhounds. 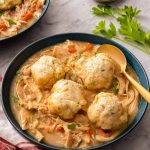 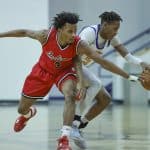