Lasting through time, Horn Island is resilient, ever changing and constantly shifting. There are many theories as to how barrier islands, and in particular Horn Island, Mississippi formed. It is estimated that 20,000 years ago the coast of Mississippi was more than 60 miles south east of Biloxi. That theory holds that the isle was a part of the mainland until a sinking of the land in what is now called the sound isolated the island. Others believe that some 5,000 to 6,000 years ago the land was built up, by sediment from the Appalachian Mountains carried by rivers and shore currents to build up the island.

Regardless of how Horn Island developed it has a rich history and beauty to match!

Approximately 8 to 10 miles south of Pascagoula, the island consists of sand dunes, low marshes, several lagoons and each end of the island disappears in sandy points into the Gulf. The length (8 to 10 miles) and width (one mile at the most) of the island has varied decade to decade, and it appears the island is constantly shifting northwest at the rate of three to four miles per century. The loss of the island mass averages 11 percent per year. From 1944 to 1956, it was estimated the island lost over 300 acres.

First mapped in 1500 by Juan de la Cost, the companion of Christopher Columbus, and was later to receive its name in 1699. While being explored by Sieur Bienville, King’s Lieutenant of the French Army. It was reported that one of his five men lost his powder horn on the island, earning it the name of Horn Island. Bienville won the decoration of the Cross of St. Louis and therefore received a royal patent granting him Horn Island. From 1717 to 1732, the island was known as Isle Bienville, but eventually returned to the name of Horn Island, much of the history between 1732 and 1845 is forever lost, or perhaps there was nothing to report about this barren strip of sand and pine trees.

It has been reported that a family named Waters (how apropos) lived on Horn Island from 1845 to 1920 raising cattle. This author has serious questions about why anyone chose to raise cows in such an unlikely spot!

Horn Island was deemed a central point which could help ships and vessels maneuver the waters of the Gulf and sound, so many light houses were maintained there. However, they were not your typical round stone lighthouses.

The first lighthouse was a simple wooden structure erected on a screw pile foundation in 1874 at a cost of $22,000. It was constructed on the eastern end of Horn Island and elevated only three feet above the water, which mystifies this writer. Obviously maintaining a structure on a constantly evolving mass of sand proved to be a challenge. In 1880-81 due to erosion, the shoreline was bulkheaded about 60 feet from the light. However, not even that maneuver could sustain the carnage of storms, the bulkhead eventually giving way; causing the light house to be moved 100 yards across the island to the north side, this time to be supported by creosote poles. By 1882, once again the station was in the Gulf. By 1885, the water around the house had risen to a depth of 7 feet.

The second lighthouse constructed in 1887 and consisted of a square house 1 1/2 stories tall with a living room, kitchen, three bedrooms, pantry and work room with the lantern on the roof. Once again, nature won and by 1900 the house had to be moved 300 feet north due to erosion but was still in about 2 feet of water. This house was destroyed by the hurricane of 1906.

There is an unfortunate tale that resulted as that hurricane hit landfall in Pascagoula. The lighthouse keeper Charles Johnsson, despite the urging of a ship captain, refused to abandon his post, stating that was his jobs and he would not allow ships to be lost on his shift. Unfortunately that decision cost him his life and the lives of his wife and his 18-year-old daughter.

No further lighthouses were built directly on the island. But the one built on neighboring Petit Boy Island was still referred to the Horn Island Lighthouse. By 1961, all lighthouse operations ceased due to new range lighting constructed by the Coast Guard which directed ships to port.

During WWII in March 1943, Horn Island was acquired by the US Army for the purposes of testing biological weapons. The Horn Island Chemical Warfare Service Quarantine Station opened October 29, 1943, a 2000 acre site. The island was immediately closed to public access and remain closed until August 28, 1945, when operations ceased.

During this time, about 200 scientists and technicians and a few military occupied the island being housed in wooden structures and tents. Some roads were built and a company of Seabees constructed 7.6 miles of narrow gauge railroad along the island. Two locomotives and several freight cars were used to move materials between the facility and testing grounds.

The focus of the study was on the use of insects as biological weapons, with testing on animals of various sizes from guinea pigs to horses. The only tests that were eventually performed used botulin and ricin with a subject of guinea pigs. The test was a horrible failure. Of the 60 four-pound toxin laden bombs detonated, there was only one death of a guinea pig by inhalation.

They should have used the Mississippi ‘Pie Plate’ mosquito! I know from experience those insects would conquer any advancing forces.

Eventually the huge mistake of such a folly was exposed in that the windy Horn island was too close in proximity to human populations, risking accidental exposure and the facility was closed.

Closing the operation left another conundrum, what to do with thirty undetonated bombs filled with mustard agent. ‘Operation Hornblow’ authorized the detonation on the island with the leftover casings being dumped in the open water of the sound. I guess they weren’t quite so eco conscious in those days!

From February 1944 to February 1945,  E. Avery Richmond was allowed by the US Army to live on the island and study the flora and fauna, cataloguing many specimens which were presented to The National Museum  and various Universities.

From 1946 – 1965, Walter Anderson, a celebrated artist from Ocean Springs, visited the island to draw and paint. His creations are now immortalized in the Walter Anderson Museum. It is said that Anderson was so enamored by the island and its nature that during Hurricane Betsy he refused to leave the island, instead tying himself to a tree in 150 mph winds so that he could evidence the devastation and reconstruction of the habitat.

Finally the wonderful nature of the island was starting to be recognized. In 1965, Public Land Order Number 1638 made Horn Island a wildlife refuge, following in 1971, a part of the Gulf Islands National Seashore, and in 1978, the US government declared the area as a federally protected wilderness.

In 2005, Hurricane Katrina completely swamped and devastated the island, but it survived and bounced back within five years to its natural beauty.

Those legislative protections, however,  could not protect the island from the damage of the massive BP Deep Horizon oil spill in 2011. Only 70 miles from the spill location, the island was soon encircled by oil, tar balls, trash and struggling animals affected by the oil. For months, organizations and locals ventured to the island wearing hazmat suits and started manually removing oil and assisting nature.

Despite the island’s sordid past (unknown to many) and prediction of eventual demise, for anyone with an access to a boat and a little time to relax the island still boasts of white sand, clear water, bountiful nature and a wonderful time. 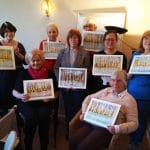