You’ve probably seen it somewhere – the American flag folded into a triangle with only the blue field with white stars showing.

Maybe you’ve seen it folded at a military funeral or seen it on display in someone’s home.

And if you’ve seen the flag-folding in person you may have noticed how the honor guards make crisp, precise folds a total of 13 times to complete the ceremony.

Flag etiquette dictates that when an American flag is to be stored or presented during a ceremony, it must be specifically folded.

First the handlers fold it in half twice lengthwise. Then, starting with the end opposite the blue field, they make a taut triangular fold. Handlers continue to fold the flag in triangles until the flag has formed a triangular “pillow” with the blue field showing on the outside.

Each of the 13 folds has meaning. This is what they mean:

The first fold of our flag is a symbol of life.

The second fold signifies our belief in eternal life.

The third fold is made in honor and tribute of the veteran departing our ranks, and who gave a portion of his or her life for the defense of our country to attain peace.

The fourth fold exemplifies our weaker nature as citizens trusting in God; it is to Him we turn for His divine guidance.

The fifth fold is an acknowledgement to our country, for in the words of Stephen Decatur, “Our country, in dealing with other countries, may she always be right, but it is still our country, right or wrong.”

The sixth fold is for where our hearts lie. It is with our heart that we pledge allegiance to the flag of the United States of America, and to the republic for which it stands, one nation under God, indivisible, with liberty and justice for all.

The seventh fold is a tribute to our armed forces, for it is through the armed forces that we protect our country and our flag against all enemies.

The eighth fold is a tribute to the one who entered into the valley of the shadow of death, that we might see the light of day, and to honor our mother, for whom it flies on Mother’s Day.

The ninth fold is an honor to womanhood, for it has been through their faith, love, loyalty, and devotion that the characters of men and women who have made this country great have been molded.

The tenth fold is a tribute to the father, for he, too, has given his sons and daughters for the defense of our country since he or she was first-born.

The eleventh fold, in the eyes of Hebrew citizens, represents the lower portion of the seal of King David and King Solomon and glorifies, in their eyes, the God of Abraham, Isaac, and Jacob.

The twelfth fold, in the eyes of a Christian citizen, represents an emblem of eternity and glorifies, in their eyes, God the Father, the Son, and Holy Ghost.

The thirteenth and last fold, when the flag is completely folded, the stars are uppermost, reminding us of our national motto, “In God We Trust.” 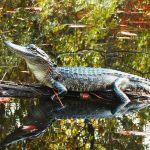 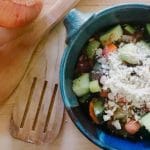