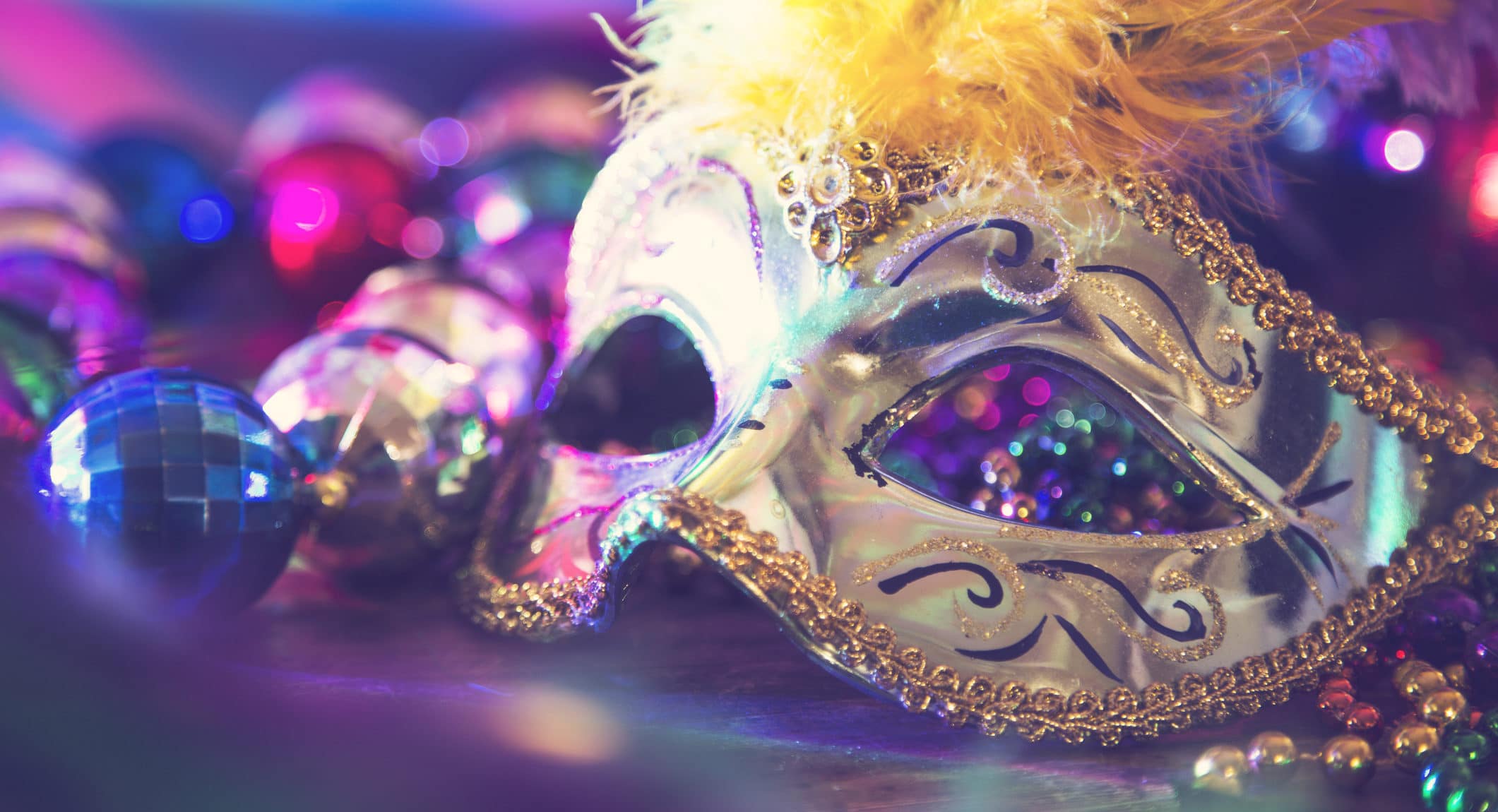 Mardi Gras is rich in history starting in Mobile, AL in the late 1700s but is made famous in New Orleans, LA (or Na’lins as we like to say down here on the coast.) It is celebrated in other parts of the United States but down here on the Gulf Coast, is where we give meaning to the words Mardi Gras! So what is Mardi Gras? Mardi Gras is a tradition that dates back thousands of years to pagan celebrations of spring and fertility, including the raucous Roman festivals of Saturnalia and Lupercalia. When Christianity arrived in Rome, religious leaders decided to incorporate these popular local traditions into the new faith, an easier task than abolishing them altogether. As a result, the excess and debauchery of the Mardi Gras season became a prelude to Lent, the 40 days of fasting and penance between Ash Wednesday and Easter Sunday.

Along with Christianity, Mardi Gras spread from Rome to other European countries, including France, Germany, Spain and England. What does Mardi Gras mean? Mardi is the French word for Tuesday, and gras means “fat.” In France, the day before Ash Wednesday came to be known as Mardi Gras, or “Fat Tuesday.” (Which I will talk about later on in the article) Traditionally, in the days leading up to Lent, merrymakers would binge on all the rich, fatty foods—meat, eggs, milk, lard, cheese—that remained in their homes, in anticipation of several weeks of eating only fish and different types of fasting. 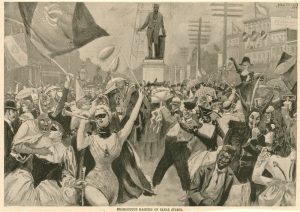 The word carnival, another common name for the pre-Lenten festivities, also derives from this feasting tradition: in Medieval Latin, carnelevarium means to take away or remove meat, from the Latin carnem for meat. So I know I’ve mentioned “Fat Tuesday” already and that day is important regarding Mardi Gras history as it is the day before Ash Wednesday. Mardi Gras, “Fat Tuesday,” on the Gulf Coast commenced with the arrival in 1699, of the Le Moyne d’Iberville’s expedition from France to locate the deltaic mouth of the Mississippi River. This Roman Catholic tradition originating in Europe was a celebration prior to the Lenten season of penance, which consisted of fasting and surrendering some of the corporal pleasures and vices of life-gambling, alcohol, etc. Early celebrations in the Gulf Coast consisted of masking in the streets, grand balls and feasting.

By the mid-19th Century, Mobile and New Orleans had organized Mardi Gras clubs or Krewes to parade with designated royalty, Rex, and his queen, to rule Fat Tuesday. The parade consisted of horse drawn wagons, called floats, that reconnoitered crowded streets of spectators, the deigned subjects of Rex. Charge of the Mardi Gras in villages and small towns along the ‘Catholic Coast’ was usually led by volunteer fire companies. An 1892 example from The Pascagoula Democrat-Star follows: The Ocean Springs Fire Company No. 1 had planned a grand mask and fancy ball for Mardi Gras evening, but it was deferred to March 19th , St. Joseph’s Day, as most of the young people went to New Orleans, to celebrate. The postponed ball went well. It commenced at 8:00 p.m. and went until well past midnight.(March 25, 1892, p.2)

On March 4, 1908, Biloxi was the first of the Mississippi towns to parade as her large sisters, Mobile and New Orleans. Blanche Picard and John Carraway (1873-1931), King Bienville, led an entourage of merrymakers of seventeen floats led by Louis Staehling (1866-1938), police chief that went from City Hall down Howard Avenue to Reynoir Street.(The Daily Herald, February 29, 1908, p.1, March 4, 1908, p.1, and February 17, 1931, p.1) The first Mardi Gras parades in Jackson County started in 1875 in Moss Point, Pascagoula and Scranton (which used to be Pascagoula’s downtown). 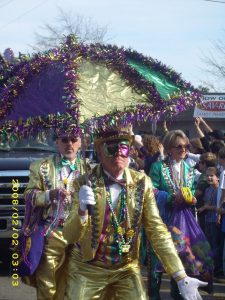 At JaxCoHome we got in contact with a couple Ocean Springs historians Else J Martin and Ray L. Bellande who provided articles of the history of Mardi Gras in Moss Point and Pascagoula: “Expectation was on tiptoe, as Shrove Tuesday was ushered in bright and beautiful, for the STAR had intimated that King Felix had loyal subjects in this domain, who on that day would celebrate their first anniversary, as the P. C. K.’s. About half past ten o’clock in the morning the sound of martial music in the piney woods back of Scranton, gave notice that they were on the move, and soon emerging from the forest they proceeded to the residence of Madame Chapeaux, who in a neat speech gracefully presented to them a handsome banner, around which, these knights of the P. C. K.’s are henceforth to rally. Mounting then the platform which had been prepared on a wagon, and preceded by another containing the Creole Brass Band, they took up the line of march for Moss Point, but had not gone far, when the horses not appreciating the fact that they were drawing behind them the fame and fortunes of these gallant Knights and all unused to such a display and racket, took into their heads not to stand upon the order of their going, but to go all at once, thereby casting the platform with its load to the ground, fortunately without injury to these Precipitated Knights (P.C.P. Knights). Without further mishap, they made the grand rounds and consumed the day in offering the good people of Moss Point, Pascagoula and Scranton, and opportunity of witnessing their really creditable display.” (Star of Pascagoula 1875)

The Mardi Gras Balls started in the late 1800s and continue till this day. The Balls have Royal Courts which are made up of Kings, Queens, Dukes, Duchesses, Train Bearers and Crown Bearers. They are all appointed and chosen by their peers. The first Ball that occurred was in Pascagoula on Feb. 17th, 1942. There was King and Queen Joy Reign, 12 Duchesses and 6 Dukes, two Train Bearers and two Crown Bearers. Nowadays there’s an equal amount of Dukes and Duchesses on a court and still the same amount of bearers. The Balls were extravagant then as they are now and Mardi Gras just continues to be filled with cheer, celebration and life. “The hall was decorated with festoons and vari-colored streamers of paper. The throne and dais were covered with royal colors of purple and gold with a background of blue and silver. Behind the throne on the main wall were spread in giant letters “United We Stand,” flanking these letters were silhouettes depicting labor, home, church, school, farm and government, linked together in one common effort to maintain the American way of living on the earth. On the side walls were red, white and blue “Vs” and at the entrance was spread a regal emblem. In the outer room was patriotic bunting and adjacent to the outer room had been spread a walkway covered by a brilliant green canopy.”

Pascagoula had Carnival Courts and Ball Courts that started in the 1940s that were made up of more people. Still to this day these same Balls, Courts, Parades are all still playing a part in history. Mississippi history runs deep and the Coast’s Mardi Gras history is no different. 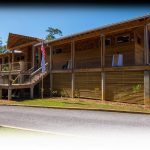 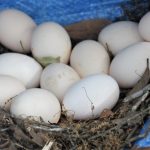