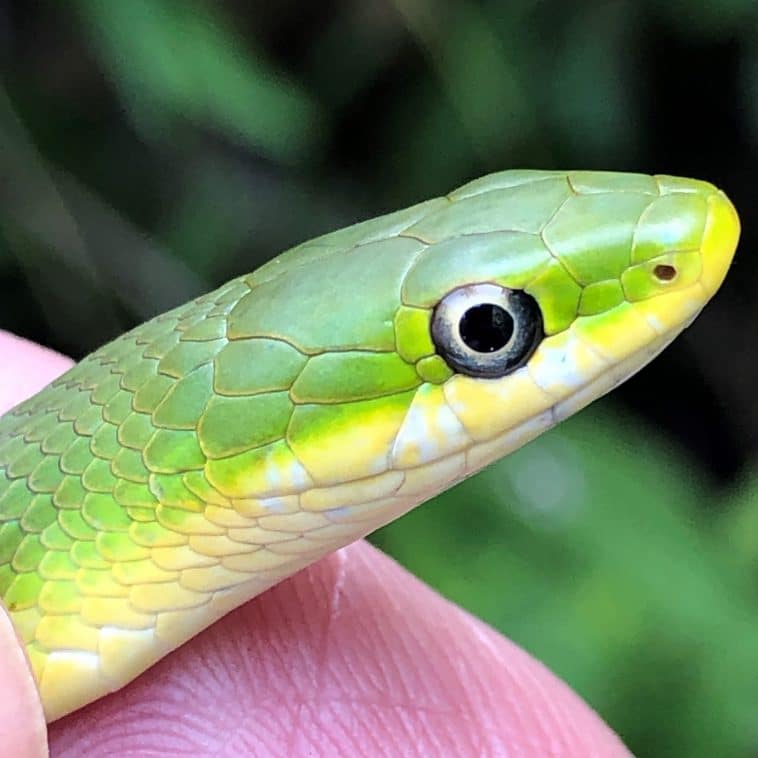 Green Snakes are masters at blending into their preferred haunts–the green leafy parts of trees and shrubs throughout the southeastern United States. As with many snakes, their colors help them blend in and make them hard to spot, until they move. Such is the case every time I find one of these gorgeous animals. Yes, I did say gorgeous while describing a snake. You just have to look close enough. 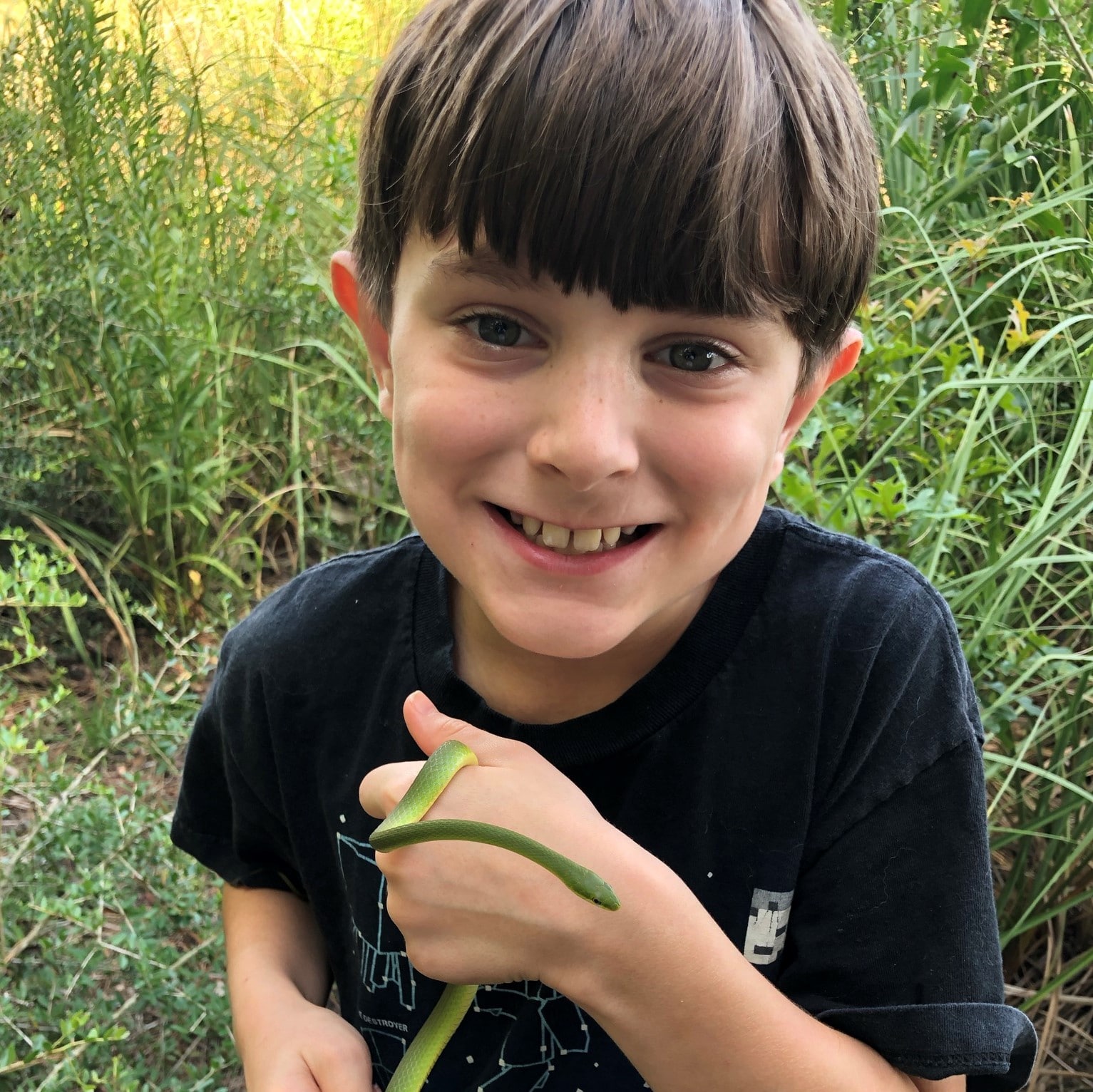 It certainly helps that these sleek snakes are docile when handled, rarely trying to bite and simply wanting you to let them go on their way. Our common Rough Green Snake (Opheodrys aestivus) has large eyes that they use to find prey during daylight. They are bright green on top and yellow on the bottom, with a bit of white here and there. And like all snakes, their long, forked tongues actively flicker, trying to “taste” you and your intentions.

What always impresses me is their long, sleek bodies that can grow to 48 inches in length. Even hatchlings (6-8 inches long) have long bodies that are adapted to crawling through the leaves and branches of trees and shrubs where they hunt small insects, spiders, other arthropods, and small frogs. Green Snakes catch and swallow their prey whole without the need of poison or constricting them, as with other common snakes. 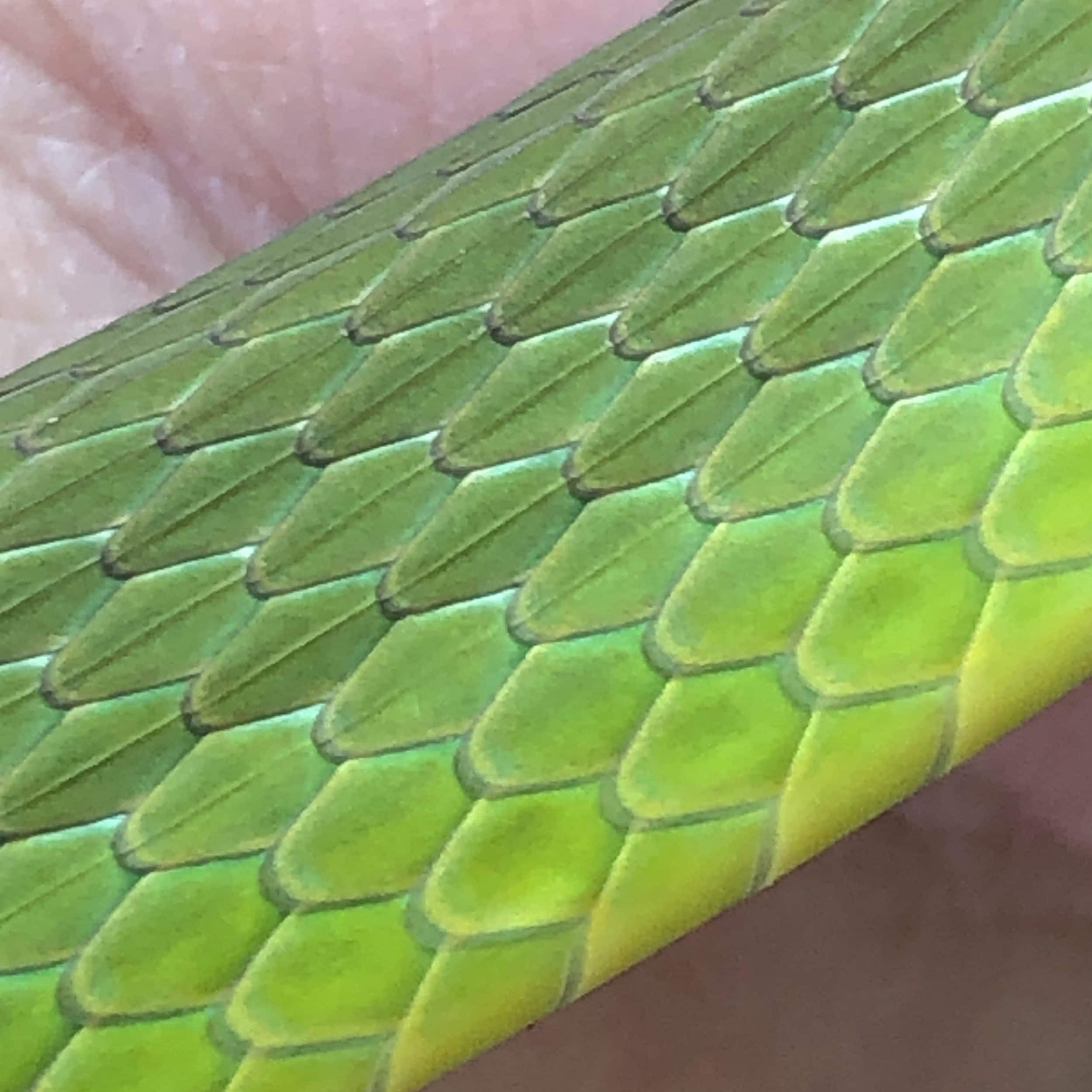 For those of you that are brave enough to catch and hold one, you can easily discover the reason for their common name in the central raised keel of their elongated diamond-shaped dorsal scales. Its close relative, the Smooth Green Snake has no such keels and is much smaller (half the length of Rough Green Snakes) and found in the northeastern portion of the U.S. and southern Canada.

Being green, long, and slender makes this animal a great example of adaptability to the environment where they live. They are the snakes of the leafy parts of plants, able to climb high into the plants where they hunt. Other arboreal snakes, like Corn Snakes or Gray Rat Snakes, are masters at clinging to the bark of trees, where their colors and patterns help them blend in. To paraphrase the words of Kermit the Frog, it may not be easy being green, but it works for Green Snakes.

I hope to “see” you in our great outdoors! 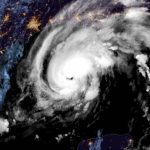 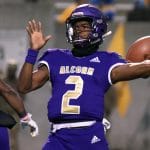