Photo courtesy of Taste of Home.

I have always been interested in the history of food, especially when it comes to Southern traditions and foodways. So, I put together a few interesting (or not) food facts that I hope you find amusing.

If you live in south Mississippi or Louisiana anytime before the 1950s, what you sweetened your tea with was sugar, made from sugar cane. If you lived north of Hwy 82, you used sorghum molasses to make cakes and pies. Why? Sugar cane did not grow north of Hwy 82, but sorghum, a cane very much like sugar cane, did.

The same was true with rice and potatoes. Rice was grown primarily in south Louisiana, although some rice was grown in the Mississippi Delta in the late 1800s, it did not become a major crop in Mississippi until the 1940s.

So many people have the idea that Southerners (at least in the past) constantly eat fried chicken, but that isn’t true. The primary purpose of chickens on the farm was to produce eggs. The chickens that were made into a stew were the hens that no longer laid eggs or the cocks that quite doing their job. Fried chicken came from the young cocks that were in excess. One healthy cock can take care of the needs of quite a few hens.

The same is pretty much true for cows. Cows are for milk, steaks, and hamburger and came from the young bulls or older cows.

Many people, thanks to Chef Paul Prudhomme, do not know the difference between Cajun and Creole culture. Cajuns were the Catholic country folk, French-speaking, who had been expelled from Canada and moved to south Louisiana, most of them becoming fishermen. The Creoles were also of French descent, but were mostly city dwellers, and their food was much more refined. The two cultures do share some common foods, like gumbo. Interestingly if that gumbo was made with tomatoes, it was called a Creole gumbo, due to the popularity of the Creole tomato, that is still grown in South Louisiana.

Cajun food was not originally hot, but again, thanks to Chef Paul’s cookbooks and TV shows, people now associate Cajun food with spiciness. The Cajuns did use, and make, hot sauce (re Tabasco) but it wasn’t slathered on everything. Hot sauce, by the way, originated in South America 7,000 years ago. 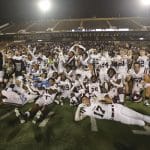 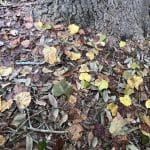