Meet Keith Johnson, a young musician with the Delta Blues flowing through his blood.

Johnson, the great-nephew of blues legend Muddy Waters and grandson of gospel singer Texcellar Fields, is building upon his family legacy with his own original songs and performances.

The Glen Allan, Miss. native first picked up the guitar at the age of 16 and never looked back. When asked, he described his music as “spirited music from the heart and soul.” With deep family roots in the Delta Blues, he attempts to “keep the sounds traditional while exploring new elements with the additional R&B and soul.”

Coming off performances in Greenville and Chicago, Johnson recently made a trip down to the Mississippi Gulf Coast to play at Morgan Freeman’s Ground Zero Blues Club in Biloxi.

Sporting the nickname of “The Prince of the Delta Blues,” the first thing you will notice about Johnson on stage is his calmness. He provides time for the listeners to take a breath before completely captivating them with his rocking sounds. Definitely some fight under that gentleman armor.

With old Delta Blues hits as well as a melody of Chubby Checker’s 1960 classic, “The Twist,” the crowd was in love with Johnson’s Biloxi performance. Fans all around interacted, sang, danced, and went home with a smile following the three-hour set.

If you missed the show or simply want to relive some of the fun, take a listen to his performance of “Fire,” which is included on Johnson’s debut album Come to Mississippi.

Keith Johnson and The Big Muddy Band’s next performance is set for Saturday, Jan. 14 and at the original Ground Zero Blues Club in Clarksdale. 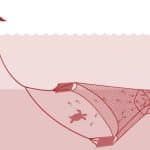 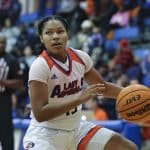