For the Dangs, shrimping has become a family tradition

Shrimp season is quickly approaching, and local fishermen are hard at work preparing to harvest. One family that is accustomed to the summer rush is the Dang family. The Dang family has been a part of the Mississippi seafood industry since settling in Biloxi in 1986. Since those early days arriving here and building their business, the family has provided the plates of south Mississippians with countless pounds of beautiful, Gulf of Mexico shrimp.

The family patriarch, Son Hung Dang, began shrimping while still living in Vietnam in order to hide from the Viet Cong. One night, he fled Vietnam with 86 others by boat. Their harrowing journey took three days to arrive at the Galang Refugee Camp, a.k.a. Camp Vietnam, in Indonesia. There, he remained for six months while preparing to immigrate to America, arriving first in San Diego, California in 1981.

It was his history shrimping in Vietnam that brought him and his family to Biloxi in 1986, looking for work in the seafood industry. Once here, they worked tirelessly to build a business to provide for their family, which had expanded by two with a son and a daughter. Now, his children and grandchildren are working alongside him to continue the tradition.

With shrimp season right around the corner, just like for the past several decades, Dang is hard at work preparing his boat, the “Poseidon,” for the season opener. As Dang prepares the boat, his daughter, Mai, prepares her schedule. After the Poseidon starts hauling in the shrimp, Mai and her children, Ashlyn, Kaitlyn, and Madelyn, will begin spending their weekends in the Ocean Springs Harbor working alongside their grandfather to sell the catch to the people of south Mississippi.

For Mai, the opportunity to assist her father with the family business is a blessing for both her and her children. She is grateful her children get to learn about the business that has been such a large part of her family. She is also grateful for the opportunity for her daughters to build work ethic with a foundation in family. To Mai, family is the most important part of the weekends that she spends in the harbor weighing and packaging shrimp. She treasures the time to speak values into the lives of her daughters. Values like the importance of family, serving others, hard work, dedication, diligence, and an appreciation of the coast and the blessings she can produce.

The Dang family looks forward to many more years serving the people of south Mississippi. They are also looking forward to a great season, so look for them when the season opens in the Ocean Springs Harbor Boat Slip 22 under the red umbrellas. You can contact them by phone at (228) 235-1529 or find them on Facebook. 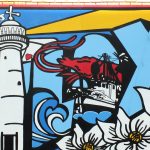 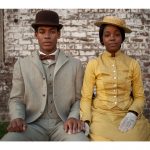