Mississippi State Coach Mike Leach leaves a legacy of strength and character on and off the field. Having been part of a much larger picture in the lives of so many people, Mike Leach, also known as The Pirate, gave one young girl, Londyn Perry, the day of a lifetime, and they became fast friends.

Londyn Perry was diagnosed with Stage 4 Neuroblastoma, the third-most deadly solid tumor in the United States and the rarest. Diagnosed on Valentine’s Day of 2018 at age five, Londyn looked at her father, Justin, and said, “I’m going to beat this.”

Justin shared, “St. Jude often sends families out to enjoy bowl games, and at Londyn’s four-year mark, her cancer just wasn’t budging. Our doctor told us that there is no magic number to cure her whether it’s round 11, 12, or 15 of chemotherapy.”

A friend of Justin’s, a St. Jude representative, called the Perry family and invited them to the Mississippi State-Texas Tech Bowl Game in 2021.

“It was an awesome experience,” Justin shared. “We took pictures with the team, the cheerleaders, and ‘Bully,’ the mascot. Coach Leach heard we were there, and I’ll never forget it…he came down, looked me in the eye, and shook my hand. He told me, ‘You came here to meet me, but really I am here to meet you. I can’t imagine what it’s like as a father to have a child that sick, I commend you, and I am here for you.’ Coach Leach then told Londyn, ‘I’m going to come find you after the game.'”

Londyn was treated like Bulldog royalty that day, with pre-game hugs, autographs, and some quality time with some of her favorite players. 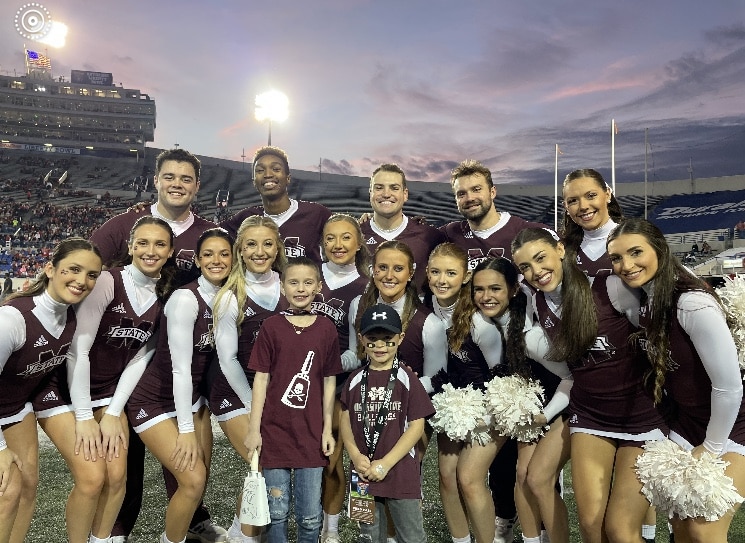 Mississippi State lost that game to Texas Tech, but Londyn won the prize. “They were trying to get people off the field for the Texas Tech trophy presentation, and all the MSU coaches and players headed into the locker room. Suddenly, I heard a man’s voice yell, ‘Stop! Open up that door now, and let them in!'”

“It was Coach Leach. He picked up my daughter, kissed her on the side of the forehead, and said thank you for being here. A promise is a promise.”

“You know it was a bowl game, that’s a big deal, and he had a lot of people to talk to, and I’m sure many other things to do, but the fact that he spent so much time with my daughter that day says so much about him as a man, and his legacy.”

“I have messages on my phone from Coach Leach and Will Rogers. They checked in with me at least once a month and asked how Londyn was doing and if we needed anything. Sometimes, Coach Leach just sent a question mark, which was just his way of checking in and asking, “you good?”

Londyn lived four years and three months after her diagnosis. Her father shared that on the Sunday before Easter, she drew an Easter bunny and wrote her family a note that said, “We’re celebrating Easter a little early this year because I know I’m going to get sick.” That following day, Londyn passed away at nine years old.

“The last four months of her life, she truly lived. It was like each encounter was a sovereign moment, and you knew she was living out her life.”

Coach Leach gave Londyn Perry one of the best days of her short but significant life.

“Coach Leach was an animated man, and so was Londyn. They had a special relationship. I can just picture Londyn returning the favor to her beloved friend and saying, “Open the gate! Let him in! Maybe they’re ringing cowbells together now.”

*A very special thank you to the Perry family for this interview. 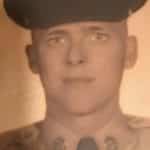 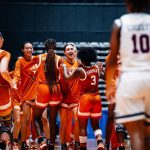