The Mississippi Gulf Coast’s premier hotel, The White House Hotel, is an elegant combination of the Biloxi days gone by with even better days to come. Here, the spirits of debutantes and polished men blend in with guests at Cora’s, the hotel’s sophisticated restaurant and bar, where southern coastal cuisine and beachfront views are served. Guests will enjoy a stunning scene from the majestic veranda facing the Mississippi Sound and experience modern-eclectic luxury while also feeling a part of history at the same time.

The White House Hotel’s name could easily have been inspired by the stately white façade and grand columns, which resemble America’s presidential mansion. However, the Hotel was actually named after popular long-time owner Walter A. White, a Mississippi lawyer who moved to the Gulf Coast in 1890 and would later be appointed as a Circuit Court Judge.

Mr. White purchased the hotel’s main property, which originally was the site of the successful Gorenflo Oyster Company, in the aftermath of the 1893 Chenière Caminada hurricane. The disastrous hurricane destroyed the oyster packing plant and left a three-rigged schooner wrecked on its shoreline. White created a gently sloping knoll that would anchor his new residence on high ground by salvaging thousands of discarded oyster shells to fill in the enormous lot’s swampy lowlands. By doing so, he created panoramic views of the Gulf. He also planted the seven live oak trees that continue to graciously shade the White House Hotel today.

Walter’s wife, Cora, quickly saw an opportunity to become a tourist attraction for those seeking the beauty of Mississippi’s beaches and the utmost southern hospitality. By 1911, the Whites had joined the first two homes together with a connecting building that became the grand front lobby and dining room, as well as a space for ballroom dancing, for the newly enlarged White House. Cora also added a large front porch with classic pillars and a second-floor balcony. New Orleans musicians wearing summer linen suits, played live music on the front porch for Hotel guests, beginning in the morning and ending after the dinner hour.

Shaded by the seven grand oaks trees that Walter White planted so many years ago, The White House Hotel has been given new life while carrying on past traditions. Through several federal and state funds, as well as local residents who wanted to restore this coastal landmark, The White House Hotel is once again up and running after sitting vacant from 1984-2014, and ready to reclaim its title as “The Crown Jewel” of the Mississippi coast.

Voted the number one hotel in Mississippi by Southern Living Magazine, The White House Hotel is a must-stay!

To book your stay or learn more about The White House Hotel, visit their website at www.whitehousebiloxi.com. 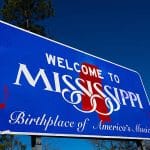 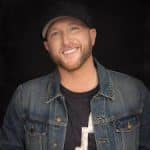