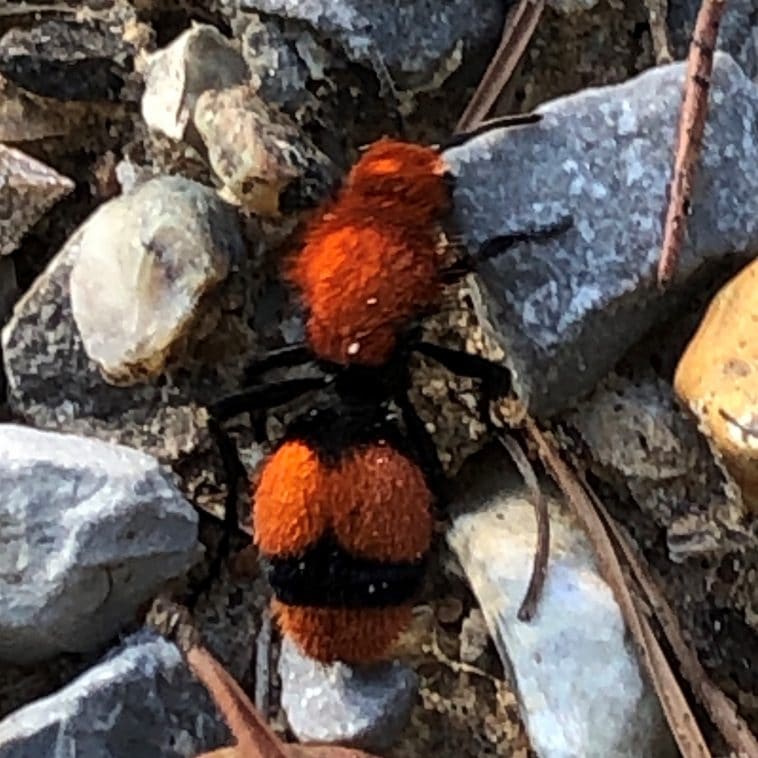 Colors in nature are often used to send a message, especially in the world of insects. For Velvet Ants, their bright red/orange color is a warning to anything other than a mate – saying “touch me at your own risk!” I for one can vouch for that.

Also known as Cow Killer Ants, these beautiful insects are actually wasps. Without wings, their body shape closely resembles that of ants, which is the case with the females of all velvet ants. Males are winged and use their power of flight to find receptive, wingless females.

If you look closely (and are a student of insects), wasps have straight antennae rather than the elbowed antennae of ants. The constricted connection between the abdomen and thorax is also much shorter in these wasps compared to ants.

What makes these insects stand out in their preferred grassland habitat is their color, which is meant to send a signal to would-be predators. The use of bright colors by animals is known as an aposematic signal – meant to communicate a warning. The bright orange and black pattern of Monarch Butterflies, for example, signals that they taste terrible, because of the distasteful chemicals they gain from feeding on milkweed.

In the case of Velvet Ants, inexperienced predators learn to associate these colors first with a loud buzzing sound that, if ignored, is followed by a painful sting. The sting is rated by scientists as one of the most painful in the insect world. If that is not enough, their exoskeleton is quite hard, making them difficult to crush. The size of the stinger in these wasps is quite large and associated with the myth that, if stung by one, it would kill a cow.

In life, adult female and male Velvet Ants feed on nectar. Larvae feed on the immature forms of ground-nesting bees and wasps. If you see a female wandering across your lawn, she is in search of the nest of these insects into which she enters to lay a single egg. Once hatched, the larvae feed on the hapless bee or wasp larva or pupa. Males are most typically seen as they fly just above the ground in a serpentine pattern looking for receptive females.

My lesson with Velvet Ants taught me to appreciate their aposematic message, which I respect to this day. I knew of their reputation to sting but thought I would be fast enough to grab them by hand before transferring them to a collection jar. I can still see that stinger shooting out into the palm of my hand. That particular wasp flew some unknown distance, never to be seen by me again.

So now you know. Some beautiful things are best appreciated at a distance. 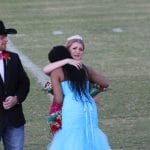 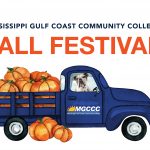