The hanging of greens dates back centuries, but how many people know why we lug the out-of-doors inside each December?

Legends and folk tales claim that evergreens and other live greenery such as mistletoe and holly have long been a part of the season. They were first hung in boughs over doorways to ward off evil and sickness. Later they were taken indoors to freshen stale air and to freshen spirits during the dreary winter.

Some sources say the Christmas tree evolved from the Yule Log – a tradition that began more than a thousand years ago in Great Britain. On the eve of Christmas, the entire family carried a huge tree trunk (often decorated with needles and flowers) into their home and placed it in the fireplace to burn for the holiday.

Another thought is that it evolved from a tradition in northern Europe in the 1300s. The use of evergreen trees, wreaths, and garlands as symbols of eternal life was common among the ancient Egyptians, Chinese, and Hebrews. The Christian symbol can be traced to a German medieval play about Adam and Eve, which included the “paradise tree,” hung with apples. The Encyclopedia Brittanica states that the modern Christmas tree originated in Germany, where families set up a paradise tree in their homes on Dec. 24, the religious feast day of Adam and Eve. During this era, stage performers advertised their plays by strolling the streets carrying huge pine boughs covered with apples (which could account for the Christmas colors of red and green). The plays, which were about Adam and Eve, took place on church steps on Dec. 24. The boughs represented the Garden of Eden and the apples represented the forbidden fruit. Families hung apples on their home “paradise” trees as well as wafers and candles. The wafers symbolized the eucharistic host, the Christian sign of redemption. Candles represented Christ as the light of the world. The modern decorated version was widespread among German Lutherans by the 18th century. It was brought to North America by German settlers in the 17th century and became widespread here by the mid-19th century.

According to the National Christmas Tree Association’s website, www.realchristmastrees.org, the United States has more than 15,000 Christmas tree growers. Between 25 and 30 million real Christmas trees are sold in our country each year. The selection of varieties runs the gamut. Personal preference among the many species of trees varies immensely, but the tradition of bringing the out-of-doors indoors has remained steadfast. 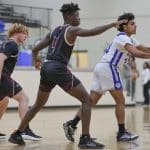 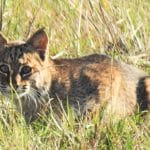