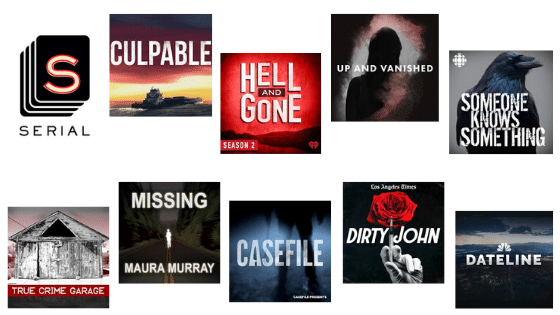 Whether you’re still at home trying to quarantine or back into your regular schedule as things begin to open up, you may find yourself needing some entertainment on the go. Podcasts are on an upward swing right now, and one of the most popular categories out there is true crime. If you’re looking to venture in, I’ve pulled together some of the best ones out there.

(Warning: These are about true crimes and violence and may not be suitable for all listeners. If you’re unsure, please read more into the podcast before diving in. Some have graphic descriptions of violence and other crimes.)

This is the one that started it all. Sarah Koenig takes us on the story of Adnan Syed and Hae Min Lee and it sets off a firestorm of true crime follow-ups. Koenig is an excellent storyteller. You’ll find yourself completely intrigued in this story and not sure who to believe. Did he or didn’t he? What do you think? And, seriously, what’s up with Jay? He seems shady, right? Listen to find out.

I included this one next because it’s based in our home state of Mississippi. Culpable follows the tragic aftermath of the death of Christian Andreacchio and his family’s campaign to prove that his death was not a suicide. The evidence, the 911 call, the reactions of the witnesses after the fact – are they grieving or were they involved? See for yourself.

Set in Ocilla, Georgia, Up and Vanished takes a deep dive into the disappearance of Tara Grinstead. This one has a number of surprises along the way as host Payne Lindsey is investigating the crime in real-time. You may be shocked at what he finds out – I know I was. Hint: if you want to keep the suspense, don’t look at the episode titles. They give things away.

This is one of the crazier true crime stories out there – it’s something straight out of a Lifetime movie (and actually the show on Bravo is pretty darn good). But your brain will tell you there is no way this is real life – do people actually do this? Apparently, they do. What starts out as a perfect relationship between John Meehan and Debra Newell turns into an actual nightmare for her family.

Dateline? Isn’t that a TV show? Yes, it is. This podcast is basically the same show on TV played through a podcast app – they don’t cut out the parts that are designed for TV, but it doesn’t matter – this is good old-fashioned reporting and storytelling. And there are like a million of them going back over the last few years. If you listen to them all, it should keep you entertained for a while.

True Crime Garage has been going on for many, many years now. They don’t follow one particular story but focus on a new true crime story each week. Join the Captain and the Colonel in the garage with an adult beverage and listen to the ins and outs of a new crime each week. Some are popular and some are lesser-known, but the insight into each is interesting and (mostly) thoughtful.

Casefile is another one that tells one story every week. The Anonymous Host goes into great detail in the background, crime story, and follow-up to the crimes presented. If you like more of a back and forth conversation, this one might not be for you, but give it a whirl. I’d recommend some of the earlier ones to start.

There’s nothing like a good ole’ Canadian accent to listen to for a few seasons. Host David Ridgen gives amazing insight into these Canadian crimes as you get to know the victims’ families and lives. It’s thoroughly reported with a nice mix of nature sounds thrown in. Each season follows a different case. This one is definitely worth a listen.

Hell and Gone is hosted by writer and private investigator Catherine Townsend as she investigates two cold cases in small-town Arkansas. Season one covers the case of Rebekah Gould, who was killed in 2004, and season two focuses on Janie Ward, who died in 1989 at a party. Think you know who did it? Listen to find out.

Maura Murray is pretty well-known in the true crime world, but if you haven’t listened to much of that you may not know about her disappearance into the White Mountains of New Hampshire. Do all the misfires leading up to her disappearance indicate intent to run away or were they just coincidence? Is she alive or dead? We may never know. 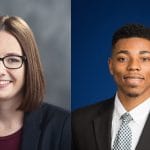 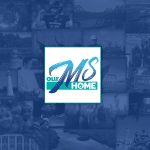