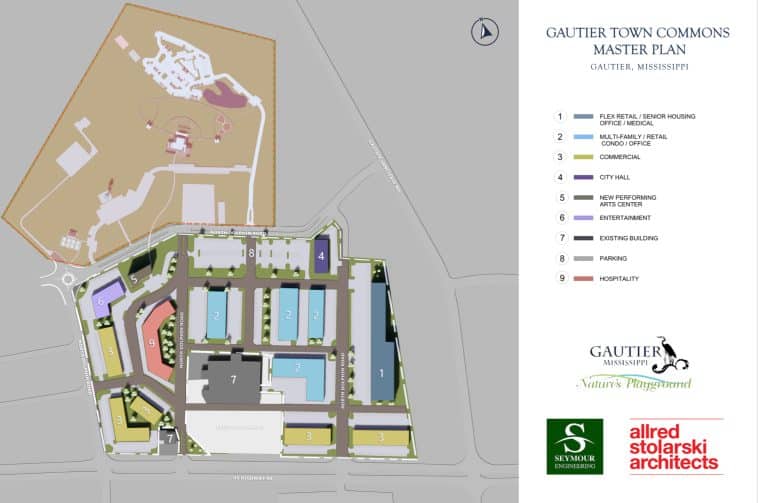 It’s something every city wants – a thriving downtown area that hustles with daytime visitors and bustles with overnight guests and tourists.

And the city of Gautier is stepping closer to that achievement with its master redevelopment plan for the former Singing River Mall property which has been renamed Town Commons Park and is currently under construction.

It will provide a thriving downtown identity for Gautier as well as space for festivals and events, a variety of recreational offerings, and an amphitheater all of which are sure to bring national acts and visitors to the city known as nature’s playground.

City leaders have also partnered with the Mississippi Songwriters Alliance to develop the Mississippi Songwriters Performing Arts Center and Hall of Fame Museum. This facility will play a pivotal role in bringing not only visitors to the new town center but also acting as a destination for tourists.  The master plan also includes support services for the amphitheater and a new City Hall.

The main focus of the amphitheater is bringing in musical acts. With that in mind, the space is designed to be a park that will be open to the public most of the time but be able to become an enclosed ticket venue. It will feature a large shade structure and a turf lawn seating area that can house 1,250 seats in the front with a standing room in a common grass area in the back.

The park will also have a concession area for multiple food trucks, as well as a large movie screen for community movie nights. In addition, the main entrance to the park has been designed to create the appearance of a front door to welcome people to Gautier.

“We are looking forward to developing this property to not only enhance the lives of our residents, but also provide new offerings for visitors,” Mayor Casey Vaughan said. “The master redevelopment plan is our vision for the future, and we cannot wait to provide more services to Jackson County.”

THE HISTORY OF SINGING RIVER MALL

Singing River Mall was built in 1980 and was once a bustling and vibrant retail haven and a thriving force for the local economy with luxury anchor department stores, secondary retail chains, trendy boutiques, and upscale and fast food dining.

It sadly fell into economic turmoil and Singing River Mall closed its doors in October 2013. It was demolished in February 2014.

During its final years, the mall was home to more non-traditional ventures such as local churches, dance studios, and various club and gamer lounges.

After differing plans by developers continued to fall short, city leaders made it their top priority to secure and redevelop the site, which is now finally underway. 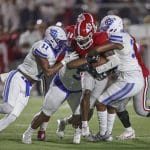 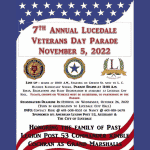