Traditions and customs are such a way of life – engrained in our DNA, especially in the South. And with so many traditions that we follow almost religiously, we rarely question their background or meaning.

One of those traditions is: “Eat poor on New Year’s and eat fat the rest of the year.”

The black-eyed peas, the cabbage, the pork. You’ve probably had it all on New Year’s Day, but have you ever wondered why?

There are several theories about culinary traditions on New Year’s that date back to the days of the Civil War. During the dead of winter, peas were the only food that Confederate troops could find to help feed their families, so they felt more than lucky when they had peas and salt pork to eat. Hence, black-eyed peas were deemed a symbol of good luck.

To add to the lore, dried black-eyed peas have to be soaked in water before they are cooked. The peas absorb the water and expand almost twice their size, symbolizing future expansion and growth in both finances and life. According to the Farmer’s Almanac, black-eyed peas also symbolize “coins” and “point to monetary gain.” Who wouldn’t want to start the New Year off with that kind of monetary mojo?

Cabbage is another well-known staple for typical New Year’s Day menus as it’s believed to ensure financial prosperity. The green leaves of cabbage or collard greens represent money. Pork or ham is also an NYD tradition, said to bring “forward motion” or “advancement” in the coming year.

And your NYD spread can’t be complete without cornbread. The yellow coloring is said to represent “gold,” something most people wouldn’t mind having a little more of in the coming calendar year.

Whatever custom or tradition you decide to follow going into 2023, a true Southerner will always feast on black-eyed peas, cabbage, greens, and cornbread to ensure prosperity, good luck, and fortune. Happy New Year, y’all! 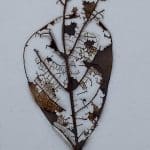 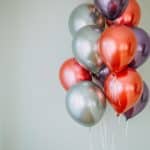