Those who love spooky adventures can get a night of fright at Hurley’s 14th Trail of Terror, which launched last weekend and will run Saturday nights only for the next four consecutive weekends.

Daring visitors to the trail are greeted at eight scary stations along a half-mile woodsy path that takes 45 minutes to walk. The stations are The Haunted Hillbillies, The Covered Bridge, The School House, The Cemetery, Grimm’s Fairy Tales, The Room of Dolls, The Clowns and the grand finale’ known as The House of Terror. The 2,000 square-foot house, built specifically for the annual event, features several rooms, a staircase and a fireplace.

The Trail of Terror debuted in 2006. Robert Thomas heads up the affair and is assisted by Richard Pinter, who owns the property where it has been sited since 2007. Thomas was part of the group who founded the trail as a fundraiser for the East Central High School boys’ soccer team. Today it serves as a fundraiser for several non-profit segments of the community.

Located near the Harleston Community in northeast Jackson County, the trail starts at the dead end of a road (no pun intended). The GPS address is 3200 Payne Road, Lucedale. Signage along the roads helps visitors find the way. Alcohol and drugs are prohibited and off-duty law enforcement officers provide security. Tickets are $15 for adults and $8 for children under 8 years old. However, the operators warn that the event might be too intense for small children. Ticket sales start at 7 p.m. and stop at 11 p.m. “But we don’t shut it down until the last group has gone through,” Pinter said. Remaining dates of the 2019 trail are Oct. 12, 19, 26 and Nov. 2.

Guests awaiting the tour can pass time watching old horror movies on a big outdoor screen. A hayride returns guests to the parking lot. Groups of one dozen people are led by tour guides. The guides, cast members and logistical crew members belong to local civic groups such as scout troops and dance teams, who work the event in exchange for their organization receiving a portion of the funds. Members of the East Central Civic Association operate a concession stand at the event with proceeds funding college scholarships to deserving senior students at East Central High School.

The Trail of Terror previously ran both Friday and Saturday nights. However, this year changed to Saturday nights only. “Friday nights didn’t have as big of a turnout because of high school football games,” Pinter said.

Last year 2,300 visitors took the tour. Pinter expects more this year. “We had over 400 on Oct. 5. Opening night is always the slowest, and it builds from there. I expect we will have close to 2,500 come through this year,” he said.

For more information find the Trail of Terror on Facebook. 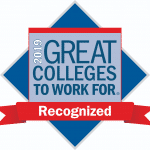 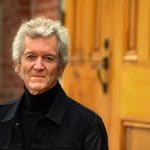