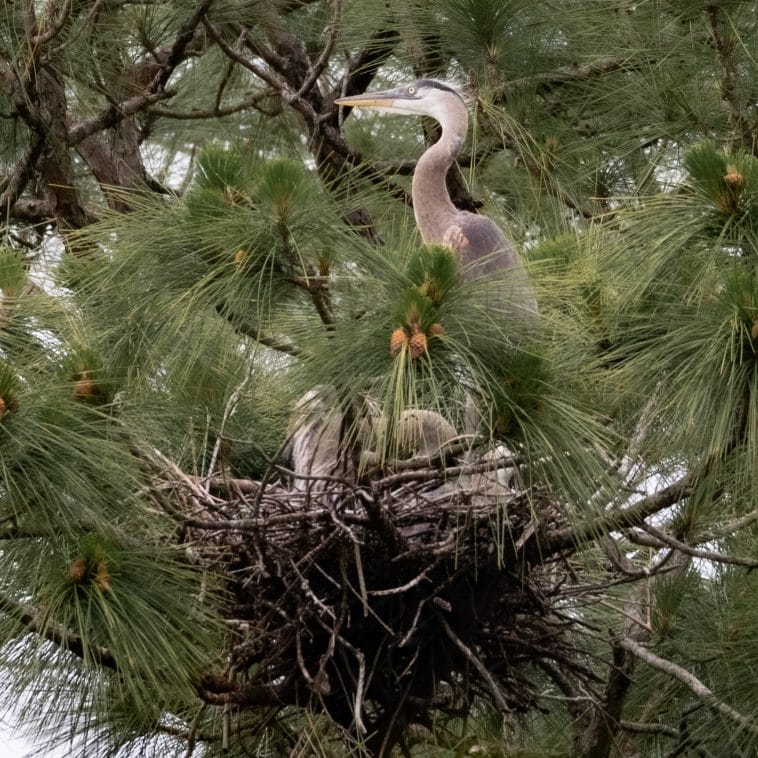 Although it is not odd to see a Great Blue Heron perched in a tree, the sight of one tending a nest near the top of one may surprise many. For the largest of our heron species, setting up shop in the top of a pine tree is the norm, and they like a little company. Considered a colonial nesting species, Great Blue Herons nest in colonies consisting of multiple nests built in a clump of tall trees where they gain a bit of security in numbers and away from the many ground-based critters that love eggs and chicks.

For a number of years now, Great Blues have nested in the pine trees at the Shearwater property in Ocean Springs, where members of the extended Walter Anderson family have watched the annual drama of raising chicks unfold. Thanks to Tim and Adele Lawton, the rest of us have joined in through Tim’s photos and Adele’s love of these birds.

To call the nest a nest is being somewhat generous, as they are a loose collection of twigs that you can often see through. Great Blues typically lay about 3-4 eggs that somehow stay in place (at least most of them). Once the eggs hatch, the young can fledge after about six weeks – yes, they grow fast! The gangly chicks start out nearly naked, rapidly growing light-colored downy feathers that later give way to the stronger feathers that provide them the gift of flight. 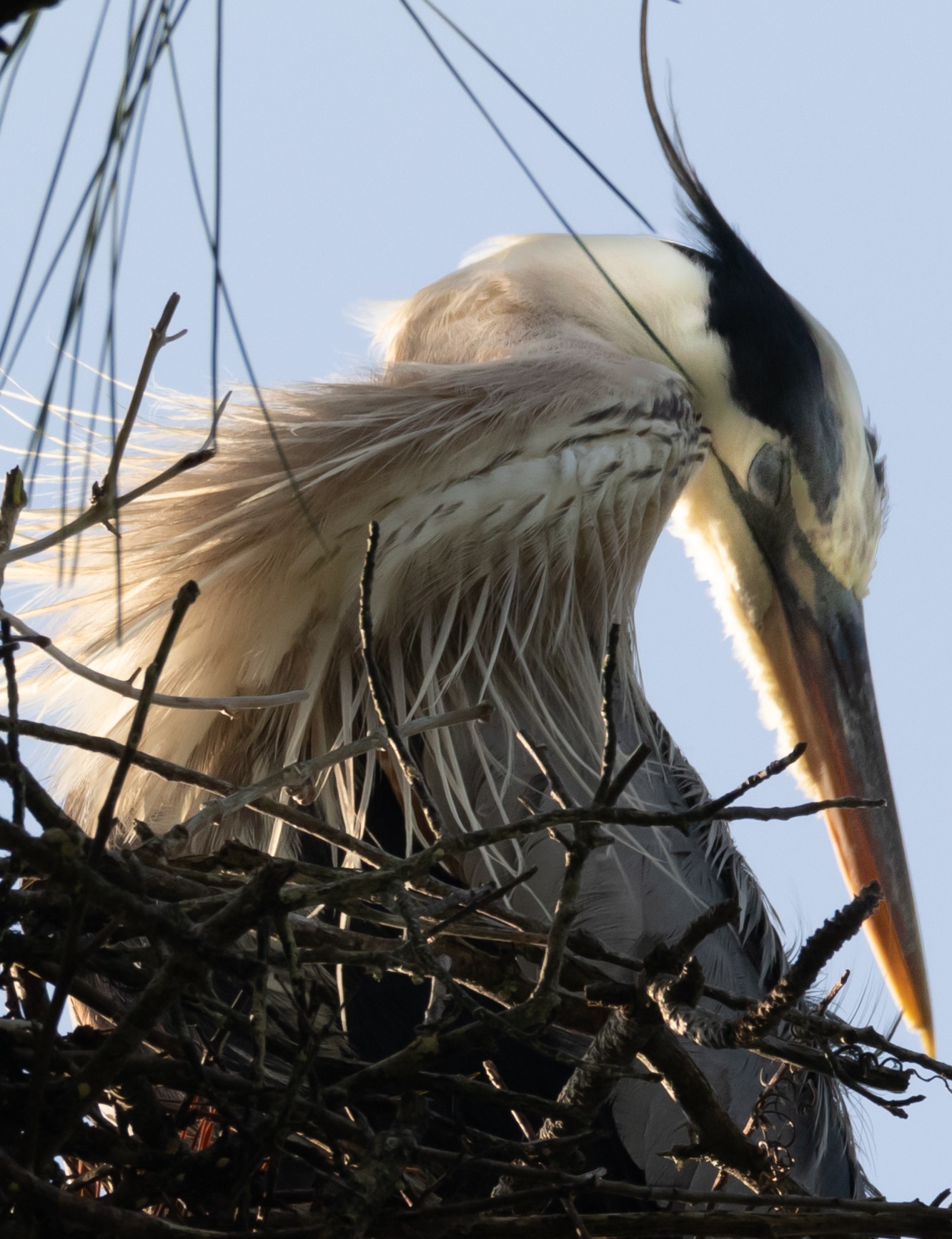 Although I have not had the pleasure of watching this drama unfold for herons, I understand it can be a bit of a raucous affair with begging chicks and noisy adults coming and going. The size of these birds, perched in what seems like a branch that cannot hold them, is dramatic enough, but to hear the squawk of an adult adds so much more.

Multiply that noise and activity one hundred times and you have the drama of a much larger colonial nesting colony located on the Pascagoula River, in an old oxbow called Boneyard Lake. My friend, Larry Dees, spent many hours watching and photographing the White Ibis, Anhinga, Great Egrets, Snowy Egrets, and Little Blue Herons nesting in smaller trees and shrubs, and of course, the Great Blues nesting in the tops of cypress trees.

As it turns out, Great Blues will also nest in single-species colonies like that at Shearwater. I observed a similar group of six nest in a stand of tall pines on a vacant lot in Pascagoula many years ago. All they need is a little privacy, a few sticks, and nearby waterways to find enough food to feed their fast-growing chicks.

So next time you see a majestic Great Blue walking stately along a bayou shoreline or drainage ditch, imagine that same bird trying to look as majestic in the top of a tree, feeding a hungry chick, without falling. Go figure! Isn’t nature interesting.

Thanks to Tim Lawton for the photos, Adele Lawton for sharing her herons’ life story, and Larry Dees for his recollections of his favorite bird colony. 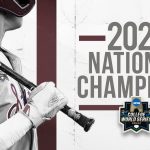 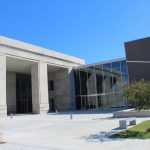