The 7 p.m. MSU event in Lee Hall’s Bettersworth Auditorium is free and open to the public. Sponsors are the university’s Division of Access, Diversity and Inclusion; Division of Student Affairs; African American Studies; and the Department of English.

The National Book Award first was created in 1950 and today is considered one of the most prestigious literary prizes in the country.

“It truly is an honor to have Ms. Ward engage with our MSU faculty, staff, students and Starkville community,” said MSU Vice President for Access, Diversity and Inclusion Ra’Sheda Forbes. “Not only is she a prolific writer with numerous accolades, but she is a Mississippian which provides a deeper connection and understanding of the history and experiences.”

Ward accepted a Stegner Fellowship at Stanford University from 2008-10 and was the John and Renée Grisham Writer in Residence at the University of Mississippi for the 2010-11 academic year. In 2016, the American Academy of Arts and Letters selected Ward for the Strauss Living Award for literary excellence. A Master of Fine Arts graduate of the University of Michigan, Ward currently is a professor of creative writing at Tulane University. 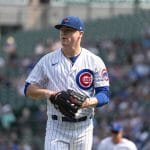 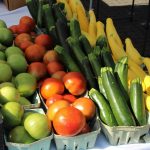