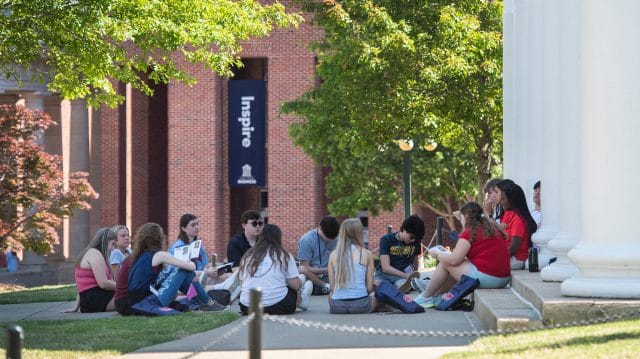 Photo courtesy of the University of Mississippi

For the 11th straight year, the University of Mississippi has been named one of U.S. News & World Report’s “Best Colleges” for 2022, ranking No. 67 among public universities.

UM was also recognized for its tuition value, its support of student military veterans, as well as business and nursing programs, in the rankings released Monday (Sept. 13).

U.S. News ranked nearly 1,400 colleges and universities. UM continues to be the highest ranked university in the state and improved upon its 2021 ranking by a full 10 spots. This year, the university is tied with fellow SEC institution University of Alabama among public schools on the list. It the university’s second highest ranking ever.

“We are thrilled to celebrate our climb in the national rankings and appreciate the opportunity to be recognized for our outstanding atmosphere of academic excellence, achievement and access,” Chancellor Glenn Boyce said.

“These rankings reinforce our flagship university status, and we are committed to growing our reach and impact in Mississippi and across the country. I credit our incredible students, faculty and staff who work diligently every day to expand our excellence and nurture a positive, spirited, caring environment.”

The U.S. News ranking has been one of the most widely referenced measurements of undergraduate programs since it first published 37 years ago. To calculate the top schools, U.S. News focuses on academic quality and puts an emphasis on measuring outcomes, including graduation rates, retention rates and social mobility.

The U.S. News “Best Value Schools” rankings place a major emphasis on affordability for students who may also qualify for any need-based aid. UM, which offers one of the most affordable tuition rates in the country, is the highest ranked university in the state in this category. Ole Miss is No. 31 among public institutions on the list, its highest ranking ever.

The 2022 Best Value ranking is higher than last year, when UM was ranked 34th among public universities.

In best value, UM also ranks ahead of a number of fellow Southeastern Conference institutions including the universities of Georgia, Florida, Tennessee and Alabama.

“The faculty and staff are committed to outstanding educational programs and student success, and it is wonderful to see that reflected in these rankings” said Noel Wilkin, provost and executive vice chancellor for academic affairs. “Our exceptional programs prepare graduates to make significant contributions to their fields for a lifetime, and offering excellence at an affordable tuition rate makes these programs accessible to more students in Mississippi and the nation.”

The university’s efforts to support veterans were recognized for the first time in the rankings this year.

Ole Miss made U.S. News and World Report’s “Best for Vets,” coming in 64th among public universities, and landing in the top 75 schools across the country for its first appearance in this ranking. The ranking is also the highest in the state, and ties UM with Alabama in the SEC.

Andrew Newby, U.S. Marine Corps veteran and director of UM’s Office of Veteran and Military Services, said the ranking is a tremendous honor and is reflective of the university’s dedication to serving our nation’s veterans when they return home and enroll.

“I’m so proud of the work we have done to achieve this major ranking,” Newby said. “Veteran and Military Services is constantly looking for ways to meet military-connected students where they are.

“We are proud that we are able to make generational changes in the lives of students, changes that go beyond going to school or getting a degree. We strive for excellence in all that we do for our students, and as we look to the future, we mean what we say: ‘Welcome home.'”

A new ranking for 2022, “Best Undergraduate Nursing Programs,” named the university’s program in its top 100 among all institutions, public or private, making it the highest ranked in Mississippi.

Nursing at UM is 2+2 program, which is held in conjunction with the University of Mississippi Medical Center. It prepares graduates for entry-level professional nursing practice and gives them a foundation for graduate education in nursing.

The full rankings and methodology can be found on the U.S. News ranking website. 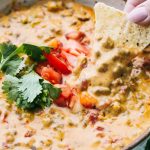 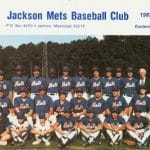