This year’s theme is “Know Your 19,” featuring each of the 19 agencies and programs in Jackson and George Counties that benefit from funds raised through the annual campaign. These 19 agencies serve the communities with child advocacy, family sustainability, physical and mental health services and so much more.

Text to Give was used to encourage attendees of the event to text UW4JGC to 41444 in order to receive a mobile pledge form.

Alan Sudduth, Public and Government Affairs Manager for Chevron, and Mike Montgomery of The Arc of Mississippi are chairing the campaign this year. Carolyn Moore, CEO of United Way for Jackson & George Counties stated the campaign Kickoff was a huge success thanks to the Pacesetters. The Campaign Finale event will be held at the Grand Magnolia Ballroom in Pascagoula on 2 November 2018. Visit unitedwayjgc.org to learn more about the United Way agencies. Like us on Facebook, Twitter & Instagram. 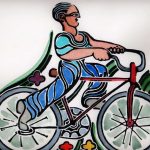 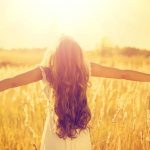