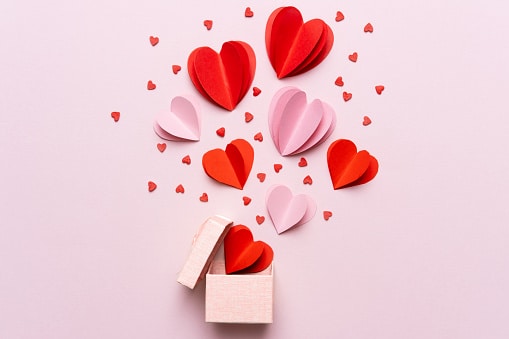 Love has been celebrated as long as folks have worn their hearts on their sleeves. Centuries ago, the date February 14 was set aside as Valentine’s Day, a day for lovebirds.

Actually, its origin does involve birds. According to the Encyclopedia Britannica, ancient Romans believed that birds began their mating season in mid-February of each year. The occasion signaled the coming of spring. Therefore, they held an annual festival called Lupercalia on February 15. The festival was named in honor of the god, Lupercus, known as the protector of the herd and crops. Through singing, dancing, and a feast, the Romans called upon Lupercus to keep away fierce wolves that roamed the woods and to keep people and animals healthy and fertile.

On the eve of this festival, young unmarried women wrote their names on slips of paper and put them into a jar. Each young bachelor picked a name and the two became partners for the festivities and dances. Oftentimes, they wed before the next year’s festival. However, as Christianity grew, such pagan traditions were eliminated. Shortly before the turn of the sixth century, Pope Gelasius outlawed the pagan Lupercalia festival and replaced it with a lovers’ day honoring a Christian priest named Valentine.

Valentine was a martyred bishop killed for disobeying an emperor’s wishes during the third century. Emperor Claudius II had trouble finding enough foot soldiers for his huge armies, called Legions, to fight in Rome’s numerous wars. Men didn’t want to join the legions because they didn’t want to leave their wives and families. So, the emperor outlawed all marriages. Bishop Valentine defied the emperor’s decree and secretly married couples, including soldiers. He became known as the patron saint of lovers. When Claudius learned of the marriages, he jailed Valentine and had him beheaded on February 14, 270 A.D.

One version of the legend claims that Valentine fell in love with the jailer’s daughter before his execution and signed his final note to her, “From Your Valentine.” That phrase is rampant today on greeting cards, gift tags, and rose bouquets. It’s an expression of romance and affection.

It’s an expression for lovebirds. 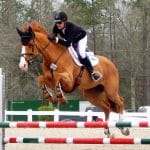 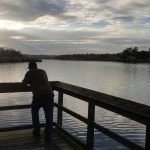