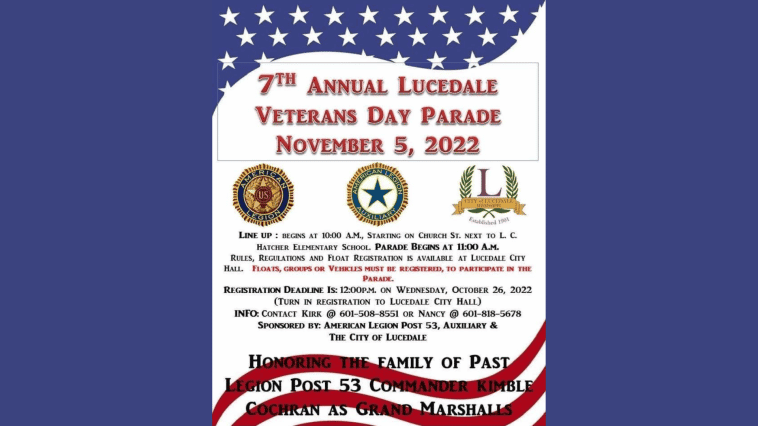 Photo courtesy of the City of Lucedale

The late Kimble Cochran has been named Grand Marshal and his family will lead the parade in his memory. Cochran, a Vietnam War veteran, lost his battle with cancer on June 6, 2022.

Cochran formerly served as Commander of Grantham Howell American Legion Post 53, which sponsors the parade each year. Cochran was its commander for six years. A highly decorated veteran, Cochran earned the Vietnam Service Medal with Bronze Service Star, the Army Commendation Medal with “V” Device and the Combat Infantryman Badge.

Lineup will begin at 10 a.m. at L.C. Hatcher Elementary School.  The parade route will travel from the school to Winter St. and will flow north on Winter Street to Main St. where it will turn right, heading east. The parade will end at Virginia St. just past Main Drug Company. The event is sponsored by American Legion Post 53, the Post Auxiliary and the City of Lucedale. A reception for veterans and their families will immediately follow the parade. It will be at the American Legion Building located at 130 Beaver Dam Rd., Lucedale, Miss. 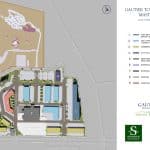 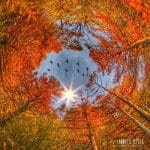