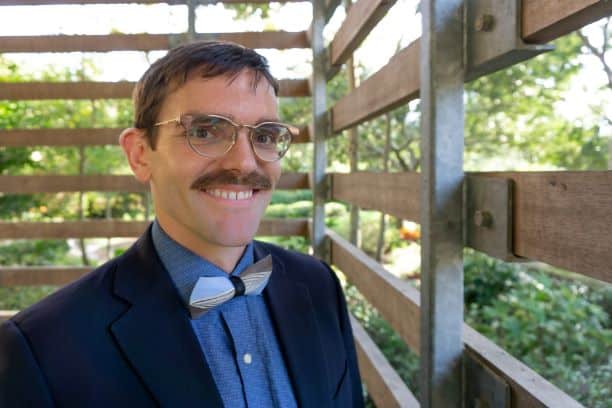 The Walter Anderson Museum of Art (WAMA) is pleased to announce Julian Rankin as its new Executive Director effective October 15, 2018. Rankin joins WAMA by way of the state capital of Jackson, where he most recently served as the founding director of the Center for Art & Public Exchange at the Mississippi Museum of Art.

“This is truly an exciting time for this Museum,” said Jaklyn Wrigley, President of the Board of Trustees at WAMA. “We conducted a diligent search – interviewing candidates from Michigan to Miami, and we could not have hoped for a better conclusion to the process. Julian fits so perfectly into the culture of WAMA. I have no doubt that he will use his multifaceted skill set and unrivaled enthusiasm to propel us to new heights.”

Rankin was raised in the Mississippi Delta and in Oxford, Mississippi. He is a graduate of the University of North Carolina at Chapel Hill, with a degree in English and Creative Writing. His professional background includes marketing and operations internships at CNN headquarters in Atlanta and in the Washington, D.C. office of former United States Senator Thad Cochran. Rankin is the recipient of the Southern Foodways Alliance’s first annual residency at Rivendell Writers Colony. He is the author of the 2018 book, Catfish Dream: Ed Scott’s Fight for his Family Farm and Racial Justice in the Mississippi Delta, published by the University of Georgia Press as part of the Southern Foodways Alliance Studies in Culture, People, and Place series. For the past eight years, he has held communications, community engagement, and leadership positions at the Mississippi Museum of Art under the guidance of Director Betsy Bradley. Rankin makes the move to Ocean Springs with his wife Caroline and son Julian.

“For my entire personal and professional life, I’ve been steeped in the power of place and inspired by the ability of Mississippi artists to distill meaning from the world,” said Rankin. “I share with Walter Anderson a belief in the sacred interconnectedness between people, nature, and the vitality of communities. I’m energized to join the talented WAMA staff, its board and supporters, and the wider coastal community as we continue to cultivate and preserve the dynamic Anderson legacy, deploy it in service to the public, and amplify its resonance in contemporary American life.” 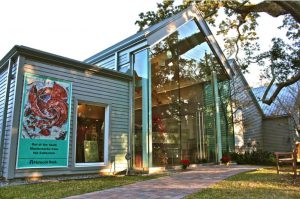 Rankin joins WAMA at a time of increased energy and momentum. The museum has embarked on a strategic planning process that will set forth a new vision for interdisciplinary partnerships with cultural organizations, non-arts entities, and public institutions; innovations in visitor-centered museum practice and arts education; and deep collaboration with practicing artists, community stakeholders, and the Anderson family, who continue to give life to WAMA’s mission. As his first act as Executive Director, Rankin will journey to Horn Island, the barrier clime that held such mystery and inspiration for Walter Anderson.

“Our family is particularly pleased that Julian Rankin will be starting his directorship of The Walter Anderson Museum of Art with a three-day camping trip on Horn Island,” said John Anderson, son of Walter Anderson and family representative. “He will be the first director to begin his leadership by seeking inspiration and vision on an extended trip to the wilderness island that Walter Anderson loved. By looking at the world through his eyes and walking in his footprints on Horn Island, Julian will take the perspective of a man who believed that, ‘In order to realize the beauty of mankind we must realize our relation to nature.’ On Horn Island he will see the astonishing beauty that confronts us when we look from nature rather than at it, when we become a part of nature rather than apart from nature. Our family gladly offers him encouragement, support and appreciation.” 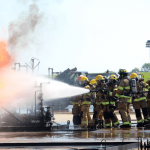 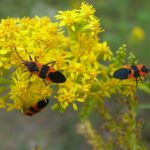