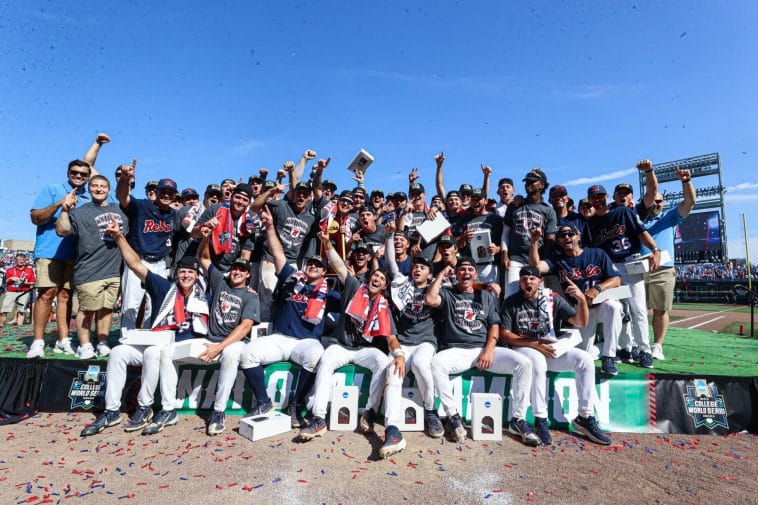 That’s the prevalent comment I heard from Ole Miss supporters locally and across the country when the Rebels beat Oklahoma in the College World Series to win the NCAA Baseball National Championship.

See, it’s been a long time coming for OM, a school with a rich baseball tradition which has had so much success on the diamond and also a bunch of close-and-almosts as to winning the whole thing.

Heck, when I was in school in Oxford, we won the SEC and went to the CWS a couple of times. Back then, Ole Miss and Mississippi State were basically the two most dominant teams in the conference.

Then, somewhere in the 80s, I think, the Rebels hit a lull. They were never bad, usually pretty good, had some star players, but fell behind State, LSU, and others on the national scene.

Enter Mike Bianco as Head Coach at Ole Miss in 2001, and it was Game On again. Bianco quickly rebuilt the Rebels into a national power, regularly hosting regionals, super regionals, and finishing in the Top 15 in the polls.

However, the proverbial brass ring kept slipping just out of reach. I was at Swayze Field in 2005 when eventual National Champ Texas squeezed by the Rebels in an epic three game super regional. After the last game, legendary Texas coach Augie Garrido said, “you just saw the best two teams in the nation right there”. Nice to hear, but frustrating. That was followed by numerous other close calls over the next 15 years, including a third place finish in Omaha in 2014 and third game super regional losses in 2019 and 2021.

Full disclosure here: when Ole Miss went into a mid-season tailspin this year (7-14 in the SEC at one point), I grudgingly joined those who thought it might be time for Coach Bianco to step away. His body of work had been stellar, the program is top three in attendance every year, the facilities are great, but, there was a growing and fair expectation of more end of the season success.

Guess what—Iron Mike and a talented and gritty Rebel team took care of that in spades a few days ago. He now, justifiably so, will be in Oxford – and revered- for the rest of his career.

Good gosh, was this Rebel team spectacular down the stretch. Ole Miss- all on the road- went 10-1 in the NCAA regionals, super regionals, and College World Series. Living legend Tim Elko was his usual self, The Captain. Dylan DeLucia, the team’s ace pitcher, had possibly the best CWS mound performance ever: 16 2/3 innings, one run allowed, complete game shutout of Arkansas in the semifinals.I don’t have the space here to list all the other Rebel heroes—literally every player on the roster contributed to the team’s success.

I will name some names here for a local touch. This championship obviously means so much to the players from our area who have donned the OM Red and Blue on the diamond over the years: Robert Earl and Rodney Siedell, Doug Horn, Robert Khayat, Richie Perkins, Mike and Guy Summerlin, Jimmy Colmer, Hawton Buchanan, and Senquez Golson. (Not to mention current Reb pitcher Mitch Murrell.) I probably left someone out, but you can see we have a great legacy/connection between Jackson County and Ole Miss baseball.

Boy, do we have the support for the diamond game down our way. OM, State, and USM are regularly in the national attendance leaders. Ole Miss literally took over Omaha this past week. During the championship series with Oklahoma, OM had, conservatively, 20,000 or so of the packed crowds of 25,000. A national pundit wrote, “Ole Miss has painted Omaha in powder blue and red”.

So, yeah, it feels good to say Ole Miss, National Champs. These Rebel players and coaches should never have to pay for another drink in Oxford the rest of their lives. They have made a ton of Rebels, young and old and in between, very proud, and did it in style. Hotty Toddy, indeed. 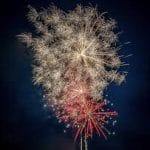 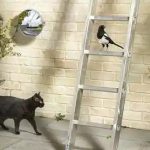