Fellow football fans, we are almost there. So very close. Below, I have laid out my Week 1 betting advice for Ole Miss, Mississippi State, and Southern Miss. Cheers to what will hopefully be a good season for not only all three football programs but for your billfolds.

The Rebels will be traveling to the recent home of Kanye West in Atlanta to play in one of the two Chick-fil-A Kickoff Games. Their opponent, Louisville, is coming off of a 4-7 season in 2020. From what I’ve seen from the offense during fall camp and from what I know about the Cardinals, Ole Miss should win this game. That being said, I do expect Louisville to be able to put up at least four touchdowns on the Rebels. If you have the money, I guess you can take the Rebels ML -245. If you’re relying on the Rebels to cover the spread and win by two possessions or more, I wouldn’t. Play it safe.

One thing I can confidently say is that this game will not be a repeat of Mississippi State’s 2016 opener. Mississippi State is going to win this game. However, it could be a 42-point blowout, or it could be a 14-point sloppy win. With only a 10-game sample size of Mike Leach’s Air Raid in the SEC, it’s hard to say. Therefore, I wouldn’t touch this spread. But you can take this next statistic with a grain of salt: Louisiana Tech was defeated by 24 or more in three of their five losses last year.

If I were a betting man (wink wink), this is the only spread I would put money down on. While South Alabama has also brought in an electric, young coach in Kane Wommack and they do have former South Carolina and Utah graduate transfer Jake Bentley starting under center, I believe Southern Miss is going to start the Will Hall era 1-0. It’ll be a close game, but I’d take the Golden Eagles -1.5. 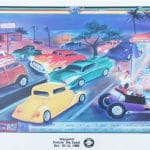 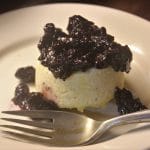