King Cakes are a traditional dessert loved by all during the Mardi Gras season. They come in a variety of flavors from cheese cake to chocolate and is known for its sweet icing and colorful frosting. But what’s the deal with the plastic baby inside the cake? There are many beliefs as to what the baby actually represents, so JaxCoHome wanted to research the history of the baby and king cake; how it’s relevant to Mardi Gras; and what it means if you get a piece with a plastic baby in the middle.

King Cakes can actually be found as early as the beginning of the year and at the center of celebrations through early spring. Some associate it with Mardi Gras, others with a celebration known as Epiphany. According to Eater, King cake is eaten on January 6 in honor of Epiphany, or Twelfth Night, which historically marks the arrival of the three wise men/kings in Bethlehem who delivered gifts to the baby Jesus. King cake also appears on tables throughout the Carnival season, which runs from Epiphany to Fat Tuesday (the day before Ash Wednesday and the start of Lent).

Many people call King Cakes different names and it comes in a variety of shapes, sizes and styles. Most people are familiar with with the dough-like consistency twisted into a ring, filled with a wide array of flavors and decorated with colored icing and sprinkles. The glaze is the most popular part of the cake, including the three colors found on top: gold, green and purple. Variants can be made from cake batter or bread dough or pastry, but almost all versions are shaped into a circle or oval to mimic the appearance of a king’s crown.

Every king cake contains a trinket — often a small figurine in the shape of a baby — which plays a crucial part in the celebration of the holiday that inspired this pastry. There are two theories behind the trinket in the cake. Some believe the plastic baby is symbolism of Baby Jesus because of the religious connection to King’s Day. Others, however, believe the popular New Orleans lore, which suggests that an elaborate cake was served with a bean or ring placed inside during the commemoration of the king’s ball in colonial Louisiana. Whoever found the bean or trinket in his or her slice of cake would be crowned the king or queen of the balls leading up to the lavish finale on Mardi Gras.

Now, instead of using a bean or a ring the plastic baby is mostly used today as an emblem of good luck. Though as history would have it, the lucky individual who scores the piece of king cake with the baby inside is said to gain favor, and they’re also tasked with hosting duties and bringing their own king cake for next year’s revelry.

So, you’re probably craving one now, right? Well, you’re in luck because there are plenty of bakeries in Jackson County who make these delicious, seasonal treats. Our favorite is Crazy B’s Coffee & Confections located in Pascagoula. Owner of the bakery, Susan, says they sell out of their famous king cake bites every year. “It’s like a mini ball of king cake”, she said. “It makes a great party tray to bring to your Mardi Gras party for everyone to share.”

For all updates and information for Mardi Gras in Jackson County, visit our Mardi Gras section on our site and Facebook page. 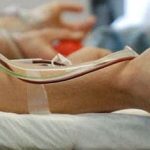 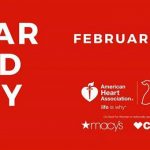