All right now —  Resurrection Catholic School of Pascagoula defeated Biggersville for Mississippi’s Class 1-A State Baseball Championship just a couple of weeks ago, bringing home a gleaming trophy and memories for a lifetime. This capped a season in which the Eagles put together a sterling 33-5 overall record and blew through the playoffs with an 8-1 mark, outscoring the opposition 68-11 during that stretch.

Our Mississippi Home has already brought details of this great run, thanks to excellent reportage by Curtis Rockwell, so I don’t need to repeat all the happy details. I did want to make some observations about RCS’s proud accomplishment and what it means to the community.

First of all, kudos to Resurrection for – I can’t resist this—resurrecting their baseball program. In years past, OLV (the original name of the school) had some solid teams and occasional stars, such as David Humphries and Tom Rigby. Only recently have the Eagles risen to the status of yearly contenders.

A lot of that has to be credited to Johhny Olsen’s arrival as head baseball coach in 2016. Olsen retired from Pascagoula High School in 2010 as the winningest baseball coach in Panther history, before deciding to scratch the itch and head over to RCS. Having won the State Championship at PHS in 1996, Coach Olsen now has bookend trophies to take into his recently announced retirement.

This Resurrection squad has a lot of kids who have played together all the way up from youth baseball. Centerfielder/pitcher Max Askew’s father Adam says it has been quite the pleasure watching the group grow as a team.

“The RCS team and coaches have really brought a lot of joy to the families and school community,” noted Adam. “All the coaches, Johnny Olsen, Lee Tingle, Aaron Frederic, Jon Reynolds, and Allen Scarborough, have worked so hard and been positive influences on the kids. The kids have played together for so long in league sports and travel baseball that the parents and coaches knew this was obtainable.

“The kids really like each other, and that makes this so special. Watching them pull for one another and the pure joy they had when it was over is something we will never forget. This is so much more than just winning a trophy, it is something that the RCS community can always be proud of, and we are just happy to be a part of it.”

Well said by Adam. Emotions can run high with moments like this: witness the comments of Mike McElhaney, grandfather of both pitcher/second baseman Jack Thomas Schnoor, who was named most valuable player, and catcher Luke Schnoor.

“It’s hard to describe how this feels,” said Mike. “ I’ve been watching my two grandsons play since they were six years old, just hundreds of games. Now to see them win a state championship, it’s just the best feeling in the world. Let’s just say I’m one happy grandfather.”

Readers of this column may recall that I once wrote a piece about how it’s hard to believe that no basketball team from Jackson County has ever won a state championship. Well, boy howdy, we don’t have to worry about that in baseball. Oh, by the way, East Central just won this year’s 5-A State Championship, thus giving our county two of the six trophies awarded. The total tab of state baseball championships won by Jackson County Schools reads like this: Pascagoula, 5; East Central, 3; Ocean Springs, 2; Vancleave, 1; and, now, beautifully, Resurrection Catholic School, 1. Yeah, we know how to play on the diamond around here.

So, hearty congrats to RCS for winning it all and bringing the spoils of victory back to town. Once upon a time, a fine gentleman named Leslie Patrick was the heart and soul of sports at our city’s historic Catholic high school, coaching or assisting with all the teams and even mentoring kids from all over the city in youth league baseball. Let me tell you, right now Coach Patrick is smiling from up above. 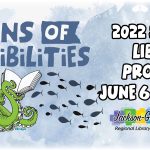 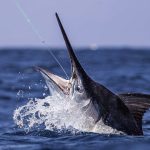