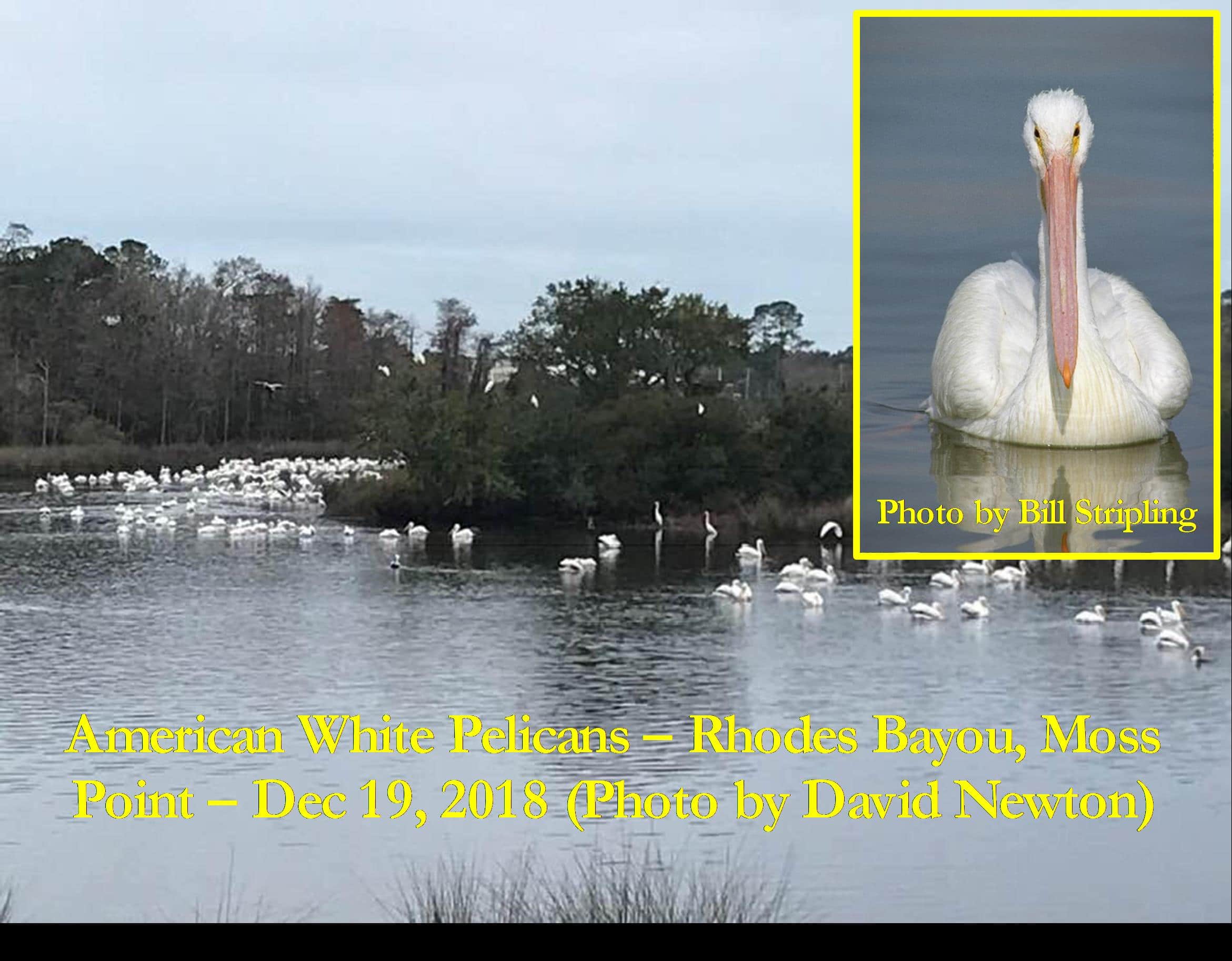 American White Pelicans are by far my favorite bird. Whether watching them soar high in the sky in formation or floating in rafts of birds on our bays and bayous, they present a striking, even elegant presence that is hard to ignore. Not that Brown Pelicans are not impressive to watch and enjoy as well, but Whites are just … well, regal. Their appearance in mid to late fall is yet another harbinger of winter along the Gulf Coast. For me though, these birds are not just beautiful, but also represent one of the most iconic connections between the two ends of the largest river and watershed in North America – the Mississippi River.

These birds are long distance travelers. In the spring, White Pelicans will migrate northward to their breeding grounds across Alberta and Saskatchewan in Canada, south to portions of Michigan, west to Montana, and down to northern California, Utah and Colorado. Smaller groups are also known to nest in northern Mexico and southern Texas. These birds breed in colonies and depend on large freshwater marshes and lakes to nest. As with many wetlands across the U.S., impacts from humans are a threat to these habitats that extends to the animals that use them.

Even when White Pelicans fly south, they depend on stopover wetlands to rest and feed along the way – many also threatened. Once on their winter grounds, they feed on the abundance of fish that our coastal areas provide. And yet, even this resource is threatened with over fishing and pollution. Like their Brown Pelican relatives, these birds were endangered by the overuse of pesticides in the 1950s and 60s that caused thinning of egg shells that broke under the weight of incubating adults. But alas, as with Brown Pelicans, White Pelican numbers have rebounded and over the past 20-30 years we again enjoy seeing them in large numbers. And what a site they are to see.

Many folks along their route from north to south (and back again), wait in anticipation each year to see them fly over or stop for a spell. For us on their wintering grounds, we can enjoy them for a much longer time. So, if you have not stopped to take a better look, there is no time like the present. Look for them in any bay and bayou along the coast. My favorite way to watch White Pelicans is to stop and look up into any clear winter sky to watch their graceful flocks. Sit for a spell when you do and watch as they twist and turn and at times “flicker” out of sight as they all turn sideways at once, only to magically reappear. Enjoy them while they are here, but also remember that they represent a connection with the rest of the country and the natural world upon which we all depend. And yes, their scientific name has meaning.

Pelecanus erythrorhynchos, was described by a German naturalist in 1789 as the red-billed pelican: pelecanus is Latin for pelican, and erythrorhynchos is derived from the Greek words erythrose (red) and rhynchos (bill) – your etymology lesson for the week. Photo credits to David Newton (birds on Rhodes Bayou) and Bill Stripling (single pelican).

Hope to see you in our Great Outdoors!!! 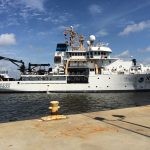 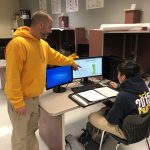