The other day, I was cruising down the ninth fairway at Pascagoula Country Club with John Bullock as we took in a round of golf at the venerable local links. I turned to John—we have played a multitude of sports together, including being doubles partners in USTA tennis—and said, “John, to me there’s no doubt that, of all the sports we’ve played, golf is the hardest.” J. B. looked at me, pensively, then said, “you know what, Rich, I think you’re right”.

(I actually met John in the late 70s when we got thrown together on a local volleyball team that was assembled to go up to Vancleave and play a grudge match against a church team up there. We won the match, the team stopped at a 7-11 on the way back to find something to slake our thirst, then convened at the Castaway on Ingalls avenue to go over the game and critique our ball movement and setting techniques. Don’t ask me how, but we ended up on John’s boat about halfway to Horn Island around midnight. Hey, when you’re young….. but I digress.)

Back to my golf theory. There are several reasons that I believe the little white ball sport is the most difficult at which to succeed, and I will now lay them out.

Scorewise, golf is the most unforgiving of games. Think about it…

In baseball, you can go oh-for-three with two strikeouts your first three times up, but if you come up in the ninth and hit a game-winning single, you’re good to go.

In basketball, you can have a bad shooting night, but if you rebound well, play good defense, and maybe hit a key shot in the second half, you’ve had a solid game.

Tennis is a great example of this theory. On the courts, you can lose the first set 6-0, but if you come back and take the next two 7-5 and 6-4, you’ve won the match.

I could go on with analogies from other sports, but the point is, in the cases cited above (and in most  sports), you have opportunities for redemption. You can play poorly for a while (or even mostly), but you typically will have chances to come back and have a positive result.

Ah, but golf. Make a really bad score on any one or two holes, and you’re literally playing from behind the rest of the way. The dreaded snowman (an 8). The maddening Mickey Mantle (a 7). You throw a couple of those up there, and mathematics dictates that your scorecard will be shot to you-know-what, even if you have all pars and relatively harmless bogeys for the rest of your round (I do this quite often).

Next, we shall address the competition factor, or somewhat lack of it, I might say.

In golf, you’re really playing against yourself and the course. Yeah, we want to have the lowest score in our foursome, tournaments have winners, I get it. What I’m saying is, there’s nothing you can do to physically affect the folks you’re playing with/against. You can’t jump out and block your opponent’s drive. You can’t swipe his putt away when it’s headed for the hole. You can’t devise a defense to make him play less effectively on the back nine.

In the three sports I cited earlier, you can do many things to affect your opponent and the outcome of the contest. I can strike you out or rob you of a home run in baseball. I can block your shot or block you out from a rebound in basketball. Tennis, again, is a strong example here. I was never the most talented tennis player with the smoothest shots, but I won a lot because I made my opponent do things he didn’t want to do, and/or prevented him from going to his strengths.

None of the above instances can apply in golf. If the guy/gal you’re playing with is driving it 220-plus down the middle (as my great friend and every Sunday playing partner Roy Myers often does) and making every putt (Roy needs some work here), there ain’t a dang thing you can do about it.

(A point should be made here. Most of the guys I play with aren’t cutthroat, anyway. We always (well, usually) root for each other to do well at this stage of our competitive lives, and that’s a pleasant and positive thing.)

There are other reasons I believe that golf is the toughest of our sports at which to succeed, such as playing conditions that vary greatly, equipment differentials, and the intricacies of the swing. However, I’ll conclude this rant at this point, and let you think about how you feel about where sports rank on the difficulty scale.

For now, those of us who do enjoy golf will continue to move the ball around the course, all the time trying to keep our blood pressure in check, while trying to reject Mark Twain’s famous assessment that the game is “a good walk spoiled.” 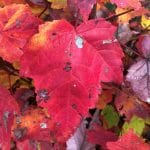 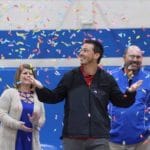