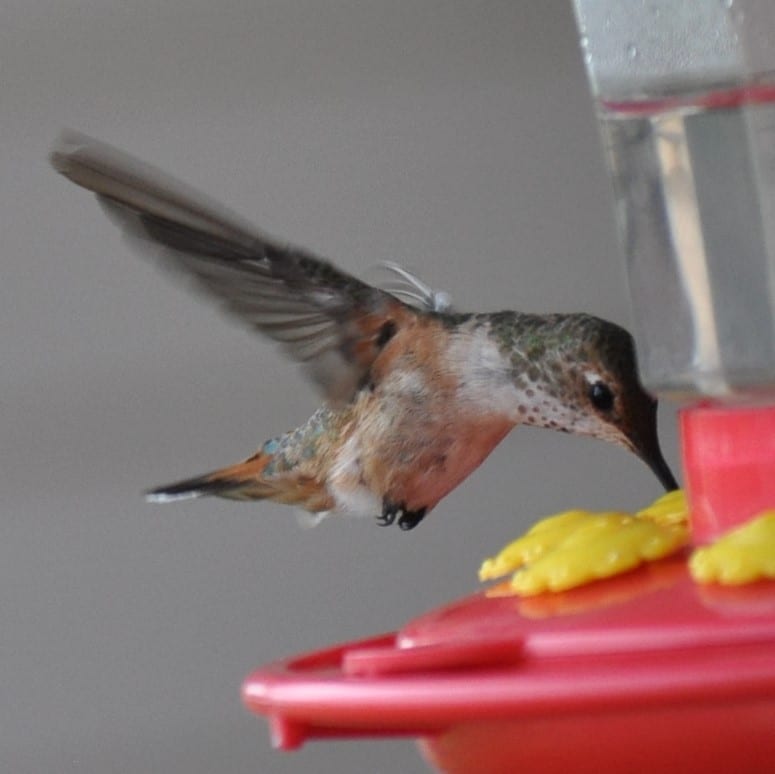 Many of us celebrate the return of Ruby-throated Hummingbirds in early spring after they have spent the winter in South America. We also enjoy the frenzy of hummers in late summer as they fill up on small insects and nectar ahead of their trip back south. But hummingbirds do not completely disappear from the eastern U.S. in winter. This is the time of year for winter hummingbirds that find their way here from the western part of the country.

North America is home to 18 species of hummingbirds, only one of which dominates the eastern portion of the country – Ruby-throats. The remaining 17 species live in the western U.S. with most being non-migratory, except for a portion of each population that wanders east each year.

By far our most common winter hummer is the Rufous Hummingbird. The same size as our Rudy-throated Hummingbird, this species is often thought to be a stray Ruby-throat that forgot to fly south. But if you look closely, differences appear.

The iridescent throat patch of adult Male Rufous Hummers is reddish-orange rather than the red of Ruby-throats. The throat patch in juvenile males of both species appears as vertical rows of dots. Females of both species have green backs with Rufus females sporting Rufous color along their flanks. Male Rufous Hummers have Rufous heads, bellies, and backs. 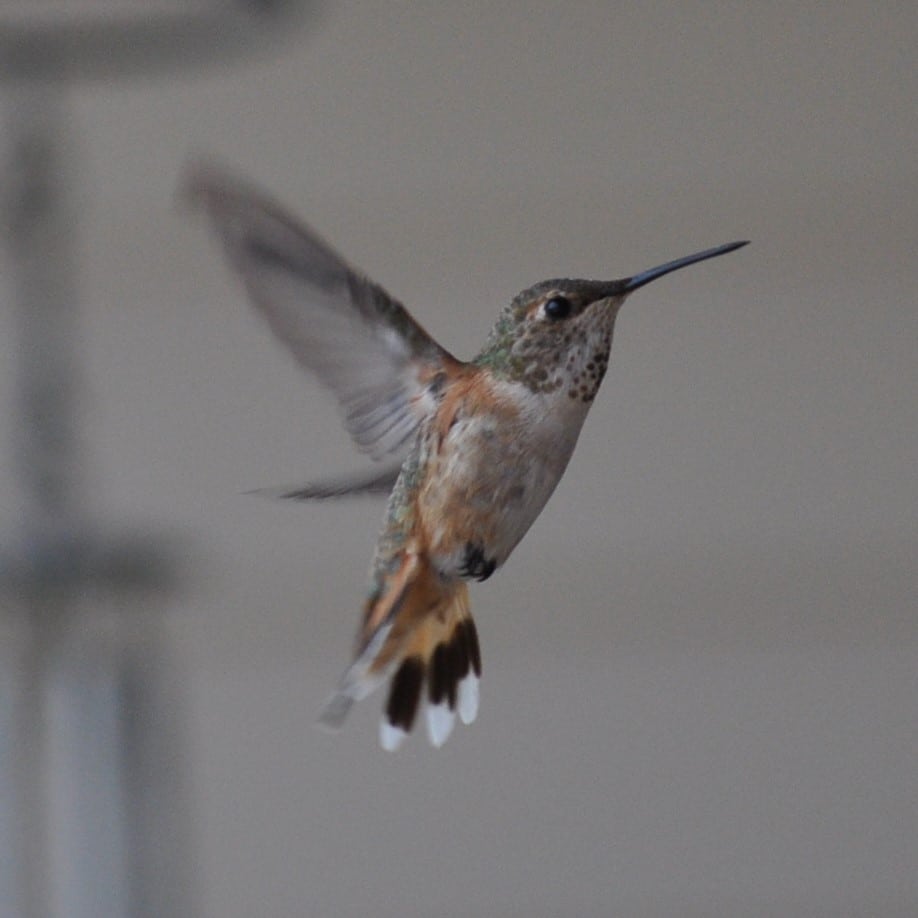 Besides Rufous Hummers, Black-chinned, Broad-billed, Buff-bellied, Anna’s, Allen’s and at least three other species of western hummers have been recorded in coastal Mississippi. But before you run off to fill and hang at least one of your nectar feeders, be aware that these birds only show up one at a time. As with Ruby-throats, they are loyal to a feeder that has been in place for years. One Rufous was tagged in south Alabama and seen to return nine years in a row.

My sister Michelle in southwestern Louisiana has had Rufous Hummers at her feeder for several years, appearing in mid-November and leaving after February. Interestingly, most of these are juvenile males, perhaps the following mom on their journey east.

So, get one of your feeders back out and watch for winter hummers. Be patient, as it may take some time for them to find you, but they will appreciate your effort. 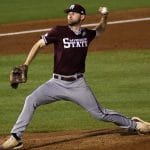 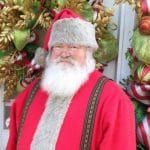