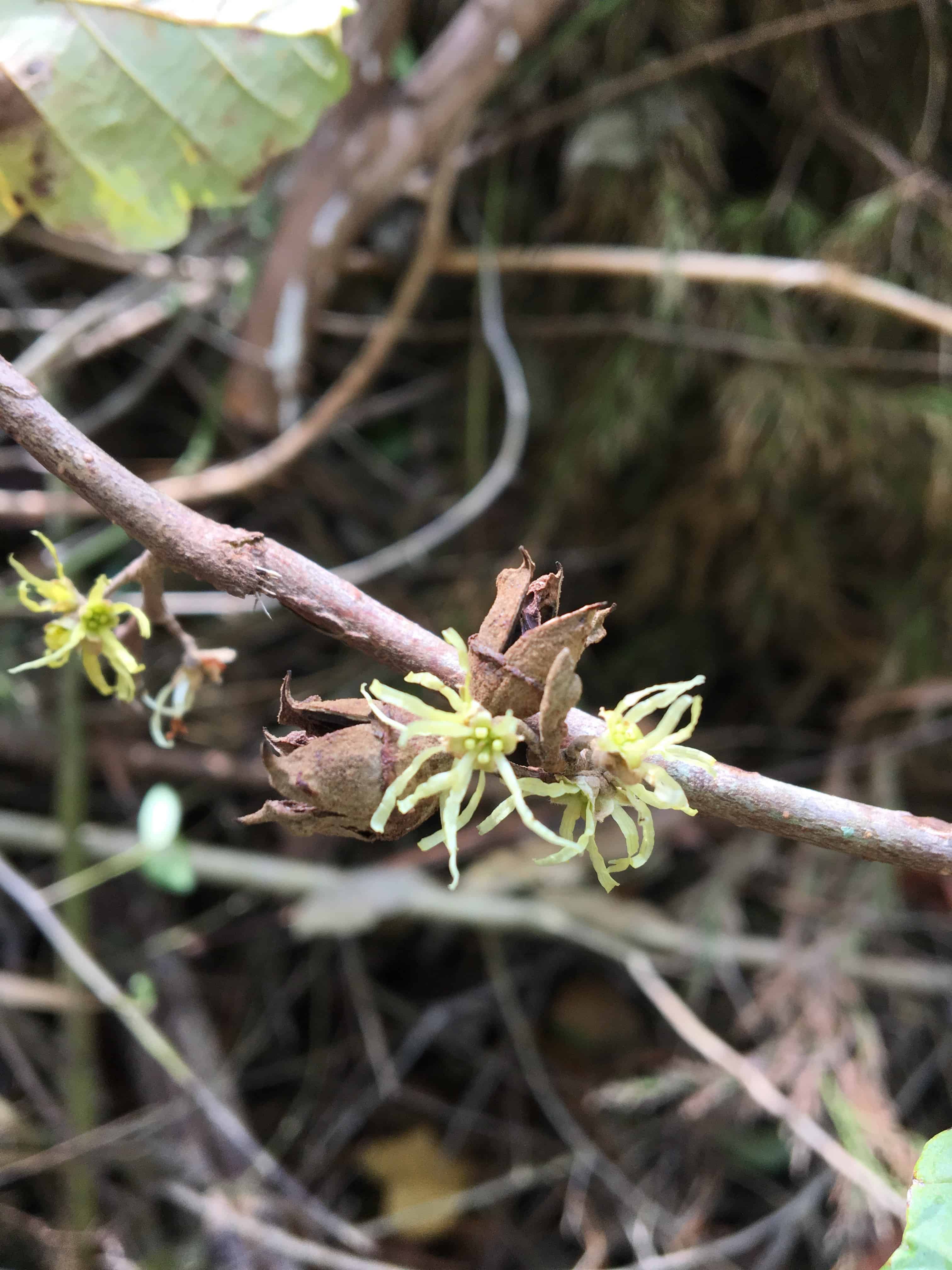 Late fall is hardly a time to look for blooms on plants that are getting ready for winter, and yet that is exactly when Witch Hazel comes into its own. The yellow, strap like petals of Witch Hazel blossoms begin to appear in late October through early December and provide a whimsical texture to these small woodland trees as their leaves begin to change color and fall. From a distance, the branches appear to sport small yellow pom poms and attract a variety of small, late season pollinators. And yes, this is one of several interesting characteristics of this plant.

Hamamelis virginiana grows as an understory tree throughout the eastern U.S. and prefers dry soils. It is most often seen as a multi-stemmed plant: the branches arching out from the center, giving it what I would call a dainty, whimsical habit. The genus name Hamamelis means “together with fruit”, referencing the simultaneous occurrence of flowers and the ripening capsules from the previous year. The species name, as with many plants described from the eastern U.S. in the 17 and 1800’s, references the region/state where they were first encountered.

The common name for this plant is not what it seems. The witch in Witch Hazel is not a reference to witches or witchcraft, but rather a reference to a similar-looking British plant known as Wych Elm, the pliable branches of which were used as divining rods. The middle English term “wiche” or old English term “wice” both mean pliant or bendable, and adequately describe Witch Hazel’s habit as previously described. The name hazel is an English girl’s name also referring to the hazel tree. A curious tidbit, yes!

As to Witch Hazel’s value to humans, native American’s used it for a variety of medicinal uses, many of which are not currently practiced. Today, Witch Hazel extracts are commonly available and used for skin care. The chemicals in the extract act as an astringent (to tighten skin) and help prevent dehydration. Uses include treatment for psoriasis, eczema, insect bites and poison ivy.

So apart from adding whimsy to the forest understory, this plant also adds a bit of drama as a means of dispersing its seeds from the ripened capsules. As the capsules dry out, tension builds in the tissues such that the fruit breaks open with explosive force, hurling the small black seeds as far as 30 feet from the parent tree. This method of dispersing its seeds frustrated me years ago, as I could never quite harvest the capsules ahead of their ejection.

Thinking that I was smarter than this plant, I picked nearly ripe fruit and placed them in a cup on my dining room table, thinking that at least the seeds would be in the house somewhere after they flew.  Imagine the surprise of my wife Mary and her prayer group friends when little black seeds began to answer their prayers, so to speak. They all had a good laugh, on my behalf. Something about a “crazy” husband 😊 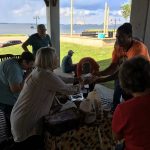 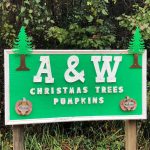