The second annual Witches Ride of Ocean Springs kicks off this week on Halloween night. An event that began with just 75 riders last year has grown into a bike parade of 200 witch riders taking to the streets of downtown Ocean Springs.

The Witches Ride of Ocean Springs is a leisurely parade-style bike ride through downtown Ocean Springs. This year’s event is sold out with just over 200 riders participating. The after-ride party will be held at Mosaic Restaurant and Bar in Ocean Springs from 6 to 8 p.m. and is open to all registrants as well as the public.

“Adults dressing in costume riding on bikes is like taking a trip back in time to your youth … the feeling is like no other,” said Stephanie Pendleton, president of the Witches Ride of Ocean Springs. “Witches, warlocks, wizards … the possibilities are endless.”

Witch Rides are becoming a popular seasonal event, and the local group decided to create their own event to Jackson County.

“There are Witches Rides popping up all over the place to generate funds for different charity causes,” Pendleton said. “There is a huge one over in Fairhope that we could never attend due to timing, so we made our own here in Ocean Springs!”

The fun event was also created to be a fundraiser for an animal welfare organization. They have chosen the Jackson County Animal Shelter for the past two years to donate to due to the shelter being at capacity constantly and having a great need, according to Pendleton. Last year, the Witches Ride of Ocean Springs was able to donate $1,500. This year, they will donate approximately $4,000. Pendleton said the recipient of the donation funds could change from year to year depending on where the needs are.

Pendleton said the ride has many sponsors from the community who have made it possible for them to hold the event and allow them to provide awards for those who are participating. The awards include best witch/warlock for the best costume, best broom for the rider with the best bike, and best-themed witch group for the best group costume. They also make the team or individual that raises the most funds the marshal of the Witches Ride. 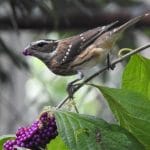 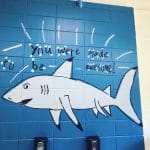