One of the great things about the Mississippi Gulf Coast is the amazing food the region offers.

It isn’t just because of the local seafood or the proximity to New Orleans. All of those assets would mean nothing if not in the hands of talented chefs such as Food Network-featured Stacie “Cheffy” Vande Wetering.

Wetering has been featured on Beat Bobby Flay and is now returning to Guy’s Grocery Games as part of a Winner’s Tournament after winning on the first episode she competed in, which was a whirlwind of an experience.

“I remember getting a call on a random Wednesday afternoon in October asking if I would be interested in auditioning for Guy’s Grocery Games. I did a Skype interview that Friday and then had 48 hours to submit a three-minute video of myself to determine if my personality would be right for the show. It was a long process of lots of phone calls and being asked the same questions over and over again.”

Wetering flew out the week before Thanksgiving and ended up appearing on a special episode of the series.

“It turns out I’m working with another chef during this competition who I’ve literally never met before. You’ve got two people crammed into this cooking station that is really only meant for one, and he’s a foot and a half taller than me on top of that.”

Guy’s Grocery Games is a show, hosted by Guy Fieri, that sends four chefs shopping for ingredients in a grocery store set to then make a dish for the challenge. However, things are not as straightforward as they seem because the challenge also lies in the different parameters set for the shopping and cooking, such as a budget or an unexpected added ingredient all while under a time limit for the shopping and cooking.

“I just remember it all being a whirlwind,” Wetering recalled. “Those clocks are for real and that was the fastest 30 minutes I have ever experienced in my life. You just go into automatic pilot. Even though we had just met, worked together like we had been working together for 20 years.”

Wetering and her partner won the competition for that episode, and now she is returning to the Flavortown Market.

“I got a phone call asking if I would be interested and available to compete in a winners’ tournament and I said of course. While I can’t say much about it now, I will say I ended up competing against my partner from the first episode I was on. We keep in touch, but we didn’t know we were both invited back until we were flying out.”

Competing on Food Network programming is just the latest accomplishment Wetering has made in her culinary career.

Wetering has had a passion for cooking since early in her life, inspired by her father. She decided early in her college career that her ideal classroom was the kitchen and her instructor a professional chef.

“I’ve been cooking for almost 27 years now,” she said. “I started a formal two-year apprenticeship under a German chef in Orange Beach, Alabama, working from 1991-1993. I’m not knocking culinary schools, but I firmly believe I would not have gotten as far in my career as I did if not for my apprenticeship.”

“At any one time, there are only 55-65 Certified Master Chefs in the world,” Wetering said.

Wetering has experience with cuisine in the style of classic French, Italian, Asian, Central and Southern Mexican. She can do everything in her kitchen from managing the menu to washing the dishes.

“In cooking, you have to pay your dues,” Wetering said. “As a chef, you need to be able to do everything in your kitchen to have the respect of your staff. A lot of my career I’ve been choosey about who I work for. I knew what I wanted to learn and what I wanted to do.”

Wetering has worked in numerous restaurants throughout Atlanta as well as New York and various locations in Alabama. She now finds herself as General Manager and Executive Chef at the Singing River Yacht Club in Pascagoula.

“If you had asked me five years ago if I would be interested in moving to South Mississippi running a private yacht club, I would say you’re insane,” Wetering joked.

Wetering’s previous position was working as the Executive Chef at a tennis club in Fairhope, Alabama.

“I had a lot of freedom with my menu and a great crew,” she recounted. “But even if I’m happy in my position I’ll talk to anyone because you never know what might happen. I was asked to interview for this position at a club where the board felt it was time for a change. “

Change is exactly what Wetering brought with her.

“I’m all about a challenge. I’m a fixer. I’m type A. Over my career I would go into a kitchen, and whatever it was the kitchen may or may not have been functioning as best as it could. I would fix it and then I would need something else to challenge me. We’re still a work in progress, but in nearly two years, we now have a waiting list for members, which has never happened before. We have tripled profit and now this is where everyone wants to be. I still have a way to go and still so much I want to do with it. I’m not trying to make it fancy or high end, but a great family-friendly yacht club.”

While the Mississippi Gulf Coast is a change from Atlanta and New York, Cheffy is happy to call Pascagoula her home.

“We have no plans to go anywhere. We’re even buying a house. You just can’t beat where we leave.” 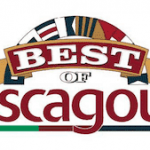 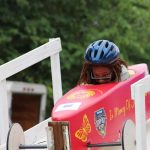