Singing River Health System is the first on the Mississippi Coast to adopt new mobile technology that dramatically speeds up communication with first responders and subsequent hospital treatment for emergencies.

The health system has partnered with Pulsara, a communication platform that provides real-time, seamless communication among all providers from first responders to hospital ER staff, physicians and surgeons. During an emergency, clinicians can dynamically create a dedicated patient channel, build and alert their clinical teams, and communicate via messaging, audio clips, images, as well as phone or video calls through their mobile devices, all before the patient even arrives at the hospital.
Pulsara helps reduce time to treatment by sending patient information that normally can’t be relayed over the telephone or radio from the field to the hospital ahead of the patient’s arrival. David Higdon, Emergency Department Manager for Singing River Health System, is already impressed. “Pulsara puts all of us on the same page. For stroke or heart attack patients in the field, first responders can activate the app and give us critical information to get the ball rolling much faster than before. They can transfer EKG images to us in an encrypted format so we can see that info and begin directing treatment” he said.

Higdon notes that the system has already made a tremendous difference: “Just recently one of our patients suffered a heart attack at home and called 911. Before the patient even arrived at Ocean Springs Hospital we had him registered and our Cath Lab team was activated and waiting for him. EMS bypassed the Emergency Room altogether and our Heart Team was able to begin a lifesaving intervention within just 8 minutes.” Patrick Phillips with Acadian Ambulance says that he and his team are excited to use the new technology. “We’re partnering well with Singing River in launching Pulsara. We can begin transmitting information and images from inside a patient’s home, and the more information we can give the hospital team, the sooner we can do that, the better it is for the patient.” Both Acadian and American Medical Response are using Pulsara technology in partnership with Singing River Health System.

To date, Pulsara is in use in 20 states and Australia and is rapidly growing. Since adoption of Pulsara, hospitals are seeing between a 20%-46% decrease in patient treatment times. For more information on Singing River Health System’s Emergency Services Team, see their website at
httpss://www.singingriverhealthsystem.com/services/emergency-care/. For information on Pulsara, see
httpss://www.pulsara.com/resources. 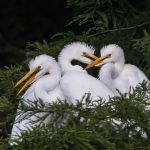 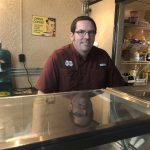