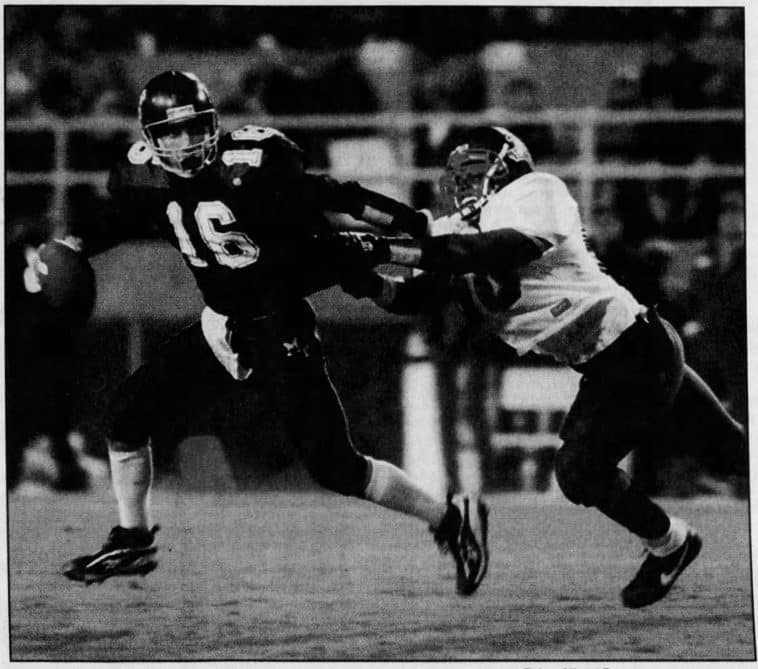 Before there was South Panola, there was Moss Point.

The Tigers from Dantzler Street were the first prep football juggernaut in the largest classification in the state of Mississippi after the advent of the statewide playoff system, winning four state championships in a 10-season span from 1991-2000 under the direction of head coach Jerry Alexander.

Also, MPHS was the only team in the largest classification (Class 5A and Class AA) to win back-to-back state titles in the first two decades of the state playoffs.

The second of those consecutive crowns came 25 years ago, in 1997, when the Tigers beat South Panola in thrilling fashion 17-14 in overtime at Veterans Memorial Stadium in Jackson.

The 1997 team will be honored this Friday night as MPHS celebrates Homecoming taking on visiting Stone.

Twenty-five years ago Moss Point began the season attempting to defend its 1996 title, which was also a three-point win (33-30) over South Panola in the same venue. Alexanders teams would also earn state crowns in 1991 and 2000.

The Tigers returned very little on defense from the year before, but thankfully most of their offensive firepower was back, including quarterback junior Kevin Fant and senior running back Jarvis Sellers and Francisco Kelly. Fant went on to star at Mississippi State for several seasons, including out dueling Eli Manning in the 2001 Egg Bowl. He is now the head football coach at Vancleave High School.

Moss Point opened the season with a close 30-28 loss to perennial Louisiana state power Lagrange. But that would turn out to be the only blemish on an otherwise perfect season as the Tigers went on to register 13 consecutive wins to close out the campaign and bring the fourth state title in program history home.

The Tigers averaged 33 points per game, and the defense rebounded from that performance against Lagrange to allow just an average of 16 points per game the rest of the season. In fact, the defense only allowed 30 points or more once more, in a comfortable 53-31 win over arch-rival Pascagoula in the annual “Battle of the Cats” to close out the regular season.

Moss Point had clinched the district title with a hard-fought 28-21 win over Hattiesburg the week prior. The Tigers had to beat league foe Biloxi twice on the road in Yankee Stadium along the way, 34-26 in the regular season and again 26-7 in the second round of the state playoffs.

Fant and crew began the postseason with a 41-20 win over visiting Pearl, and then after beating the Indians for the second time on the road returned home to meet Natchez in the South State finals and pulled out a 30-13 win over the Bulldogs.

The following week, in the title tilt, MPHS and an unbeaten 13-0 South Panola headed to overtime tied at 14-14, thanks to short scoring runs by Sellers and Kelly. South Panola tied the game up late in the fourth period on a 53-yard scoring run by fullback Toward Sanford. It marked the only misstep for the MPHS defense all night, as they held powerful SPHS to only 200 yards of total offense in the game.

But in the extra session, the MPHS “D” redeemed itself. Sanford and SPHS had the first possession of O.T., and he ran three straight times to the one before a penalty moved the ball back to just outside of the five yard line. South Panola had not kicked a field goal all season long, and Sanford led the state in rushing that year with almost 1,700 yards on the ground, so on fourth and goal Sanford took a toss on a sweep and MPHS defensive end Bryan Simon with help from linebacker Kendrick Vivans pulled him down at the two turning the ball over on downs in the process.

Then, on first down, Moss Point placekicker James Nettles trotted calmly on the field before an estimated record crowd at that time of 17,000, and calmly split the uprights from 27-yards out to return the state title trophy to Jackson County.

Both Sellers and Kelley easily eclipsed the magical 1,000-yard rushing mark that year, giving Fant and the Tigers perhaps the best one-two running back combo in the state that season. Sellers finished the year with 1,601 yards and 19 touchdowns on 219 carries, while Kelly ran for 1,488 yards and 19 scores as well on 209 attempts.

Fant ended the season throwing for 1,740 yards and 15 scores. Senior wide receiver Jason Armstead was his top target, as he hauled in 38 catches for almost 800 yards and nine touchdowns.

Senior center Paul Robertson and his classmate Tavaris Armstrong at tackle led the way up front.

Moss Point ended the season as the consensus number one team in the state in the Super 10 Poll published by The Clarion-Ledger of Jackson, a poll that encompassed all five classifications. 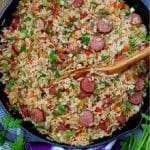 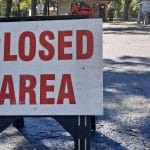