If you’re like me and obsessed with true crime (I’m not really sure what this says about me. I’ve decided not to dig into this any further), this period of social distancing can be a great time to catch up on some true crime shows on Netflix.

These documentaries tell some truly amazing stories that are sometimes hard to believe. They are in no particular order. Enjoy!

This is the one that sort of kicked off the true crime documentary bonanza for television shows. It covers the interesting story of Steven Avery who was falsely convinced of a crime and spent nearly two decades in prison. He was exonerated, filed suit against Manitowoc County, Wisconsin, and was then arrested and convicted of a second crime. Did he kill Teresa Halbach, a 25-year-old photographer that was last seen on his property? Did he have an accomplice in his young nephew Brendan Dassey? Or was it someone else entirely? See what you think as you get to hear from all sides of the case in two seasons.

How did Kathleen Peterson die? Did she fall down the stairs? Did her husband kill her? Or did the owl do it? Seriously, did the owl do it?! See for yourself. This documentary takes you inside the life of Michael Peterson before and after the death of his wife. You get to see details of the trial, behind the scenes clips, and learn a little bit about the death of a friend whose accident bears glaring resemblance to the current case. Which do you think of the blood spatter evidence?

This one is a real-life documentary based on events that you won’t believe even once you’ve seen the words come out of the mouths of the people that were directly involved in this story. It is one of the most incredible (in the truest sense of the word) stories I have ever seen.

The Disappearance of Madeleine McCann

The McCann family visits Portugal on a family holiday. Along the way, the three-year-old Madeleine goes missing from the family’s lodgings at the Praia da Luz seaside resort while her parents are at dinner just a few hundred feet away. Was she abducted by a stranger? Did her parents take an opportunity to get rid of her? Where is she? After 13 years, still no one knows. This story has a lot of twists and turns. Some of the later episodes get a little in the weeds, but, overall, this is a good story.

This is the distraction that we didn’t know we needed right now. In truth, I have not seen this show yet, but I know the story from the podcast, and this is something you have to see to believe. And still may not believe what you are seeing. Just watching the Netflix trailer and seeing the memes shows me that this is something that will be incredibly distracting from the world around you. Who is right and who is wrong? And what happened to Carole Baskin’s husband? Those sensitive to animal violence should be a little bit careful, but the story takes some zany turns that you’ll want to see.

I hope these shows give you some distraction from everything going on in the world right now. Let us know what you think and which one is your favorite! 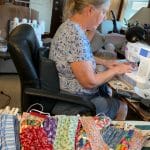 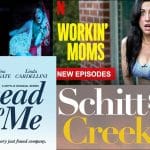