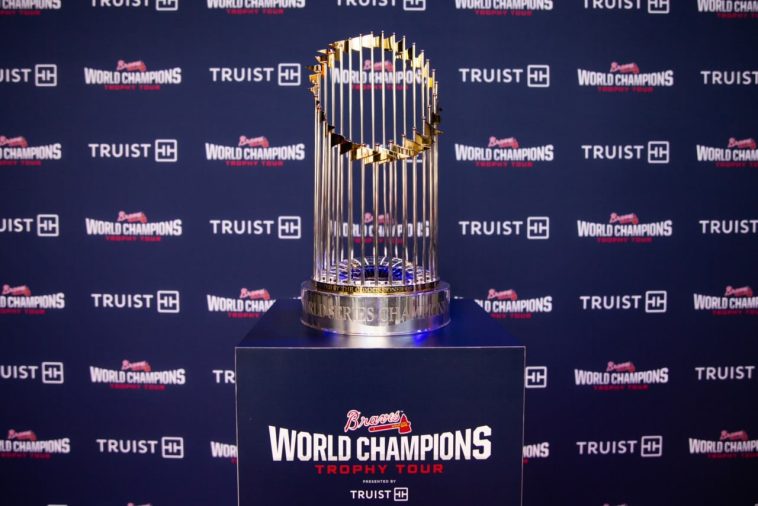 Soon, Braves fans in Mississippi will get to celebrate with the championship hardware the team secured with that historic moment.

To commemorate 151 years of Braves baseball and celebrate their historic season, the Atlanta Braves are taking the 2021 World Series trophy on tour with 151 stops, including seven in the Magnolia State.

The World Champions Trophy Tour Presented by Truist will travel to Southaven, Pearl, Starkville, Oxford, Jackson, Hattiesburg and Biloxi during an eight day span beginning May 5.

“We felt the tremendous support of Braves Country throughout the season and particularly in the Postseason, and we are taking this Championship on the road to fans across the Southeast so that they can share in the joy and celebration of this historic victory,” said Derek Schiller, President and Chief Executive Officer of the Atlanta Braves.

The tour, which kicked off in February, will travel throughout Braves Country featuring locations in Georgia, Alabama, Tennessee, Mississippi, South Carolina, and North Carolina. Stops will include the opportunity for fans to take photos with the trophy, as well as programming by the Braves entertainment teams, alumni, and more at select locations.

The first stop in Mississippi is Thursday, May 5, when the trophy will be at Silo Square in Southaven from 4-7 p.m.

This stop is a natural fit because Braves standout third baseman Austin Riley is a native of Southaven and led Desoto Central High to the state Class 6A baseball championship in 2016.

The 2021 AA South Champion Mississippi Braves will host the World Champions Trophy Tour in Pearl on Friday, May 6 in conjunction with a game against the Pensacola Blue Wahoos at Trustmark Park

The trophy will be in Starkville on Saturday, May 7 at Dudy Noble Field during a Mississippi State baseball game against Florida.

On Sunday, May 8, the trophy will be at Swayze Field in Oxford for the Ole Miss baseball game against Missouri.

Monday, May 9, you can find the trophy at The Mississippi Sports Hall of Fame in Jackson from 3-7 p.m.

After an off day on May 10, the hardware will be on display Wednesday, May 11, at Pete Taylor Park in Hattiesburg when Southern Miss faces Ole Miss in an in-state rivalry college baseball game.

The tour wraps up its Mississippi leg on Thursday, May 12 at the Town Green in Biloxi from 4-7 p.m.

The next day the tour heads to Mobile, Ala., where Hank Aaron was born. Aaron was one of the most popular Braves players in the history of the organization. The trophy will be at Cooper Riverside Park from 3-6 p.m. 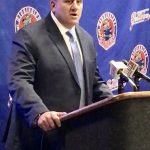 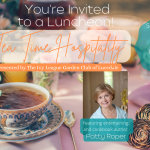