Form and space with a recurring theme of nature make up the unique art of the late Walter Anderson. Yet, who was Walter Anderson, and how did he develop this style?

Events and experiences in his life influenced a style centered on whimsical formations and vibrant colors. Anderson understood that nature and art are one. He was more than a painter as he was also a philosopher and poet oftentimes journaling about nature describing its beauty. He wrote about his realization of form and spaces through feeling and consciousness of color logging thoughts such as “Some walk on earth, some on water, still others need clouds to walk on.”

Born Walter Inglis Anderson in New Orleans in 1903, the gifted artist was the son of a grain broker, George Walter Anderson, and an artist, Annett McConnell Anderson. He lived most of his adult life painting and creating in Ocean Springs on property his parents had bought in the early 1900s. He also spent much time camping primitive style on Horn Island. On the island, Anderson immersed himself in all aspects of nature including trees, fowl, fish, frogs, alligators, water, wind and tumultuous weather conditions.

Anderson was educated at St. John’s School in Manilus, New York until World War 1 when he transferred to the Manual Training School in New Orleans. In 1922 he enrolled at the New York School of Fine and Applied Art which is now Parsons School of Design.  A year later he won a scholarship to The Pennsylvania Academy of Fine Arts where he studied 1924-1928. He won an award allowing him to spend a summer in France where he became particularly impressed with cave paintings. These cave paintings greatly influenced his drawing style. His older brother Peter opened the Shearwater Pottery Factory in Ocean Springs in 1928 on land their parents had bought in 1918. After college he moved to Ocean Springs to work in the family business designing ceramic pieces. Such work produced pelican and crab bookends, lampstands and a few peculiar pieces like a horse and rider and a geometric cat.

Later, Anderson and his younger brother, Mac, opened the Shearwater Pottery Annex producing inexpensive figurines that provided a steadier income. This enabled him to marry Anges Grinstead, an art history graduate of Radcliffe College. However, the manufacturing of the figurines, which Anderson called “widgets,” prevented him from having time to paint caused him much tension.

In the early 1940s Anderson moved to Gautier to live on his wife’s father’s estate, “Oldfields.” He was very productive as he had more time to draw, paint and make block prints. However, in 1945 he left his family and moved back to a cottage at Shearwater. He stayed there 20 years living reclusively. He worked as a decorator at the family’s pottery operation, but made frequent excursions in a rowboat from Ocean Springs to Horn Island. He was often seen riding his bicycle around town and sometimes rode it elsewhere racking up thousands of miles on its wheels.

Traveling was part of what developed his impressive art style. Anderson spent time in New York, China, Hong Kong, Costa Rico as well as France where he became enamored with cave paintings which greatly influenced his drawing style. Although he had traveled extensively in far-away places, he spent most of his time traveling the Mississippi Gulf Coast where he waded and walked in its waters and slept on its sandy beaches and in it woods lands. He danced in nature, sang in nature and merged with nature.

One of Anderson’s greatest works is a series of murals in the Ocean Springs Community House. One wall expresses the 17th century landing of French explorer Pierre Le Moyne d’Iberville to Ocean Springs. The Community House is located downtown. Adjacent to it is the Walter Anderson Museum of Art built in 1991. On exhibit there are many of his art pieces plus murals he painted on wooden walls of a padlocked room in his cottage at Shearwater. He never allowed anyone to see the room, and the murals were only discovered after his death. They represent Psalm 104 which speaks of light and the fullness of God’s creation of animals, plants, waters and skies. Those walls were relocated to the museum.

During Anderson’s lifetime he was labeled a “Town Fool,” a “Horn Island Hermit,” and a bum. Friends and family members say he suffered from mental issues. He died of lung cancer in New Orleans in 1965 at age 62. After his death the family found 2,000 water color paintings and multitudes of blocks and other pieces he had created. However, ironically, Mother Nature, with whom he merged, destroyed many of those pieces when Hurricane Katrina struck the Coast in 2005.

To learn more about Walter Anderson, visit the museum at 510 Washington Ave., Ocean Springs, Mondays through Saturdays 11 a.m. until 5 p.m. or Sundays 1 p.m. until 5 p.m. Admission is $10 for adults and $5 for children and college students. 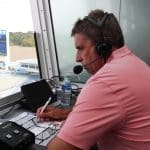 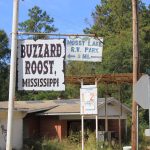